On SC order, Siddique Kappan who was earlier tested Covid positive has been shifted to AIIMS in Delhi from Mathura prison for treatment. SC order to shift Journalist Kappan to AIIMS is a step forward towards restoring people’s faith in judiciary. Legal luminaries and experts have welcomed the order of the Supreme Court. 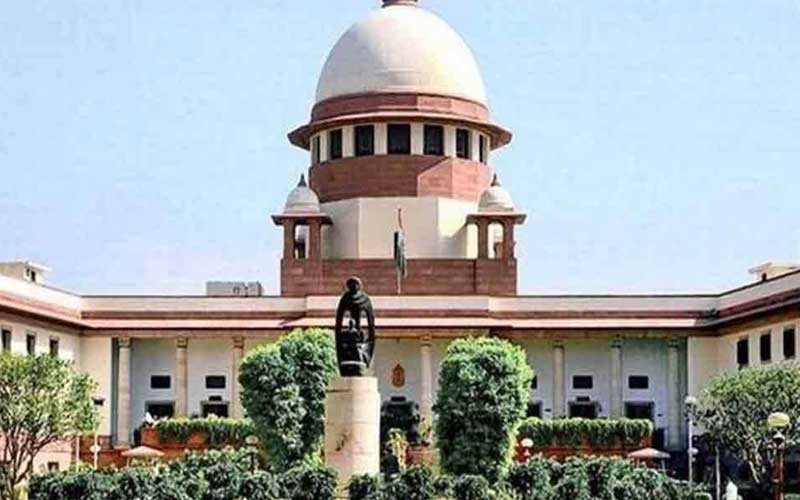 Earlier, a bench comprised of Chief Justice N.V. Ramana, Justices Surya Kant and A.S. Bopanna directed Tushar Mehta, Solicitor General, for the State, to shift Mr. Siddique Kappan to a Delhi hospital for “proper medical treatment”. “Once he is sound of health, the court said, he would be brought back to Mathura jail, from where he could take appropriate measures for relief in accordance with the law,” the Bench noted. Mr. Very recently, Kappan’s wife in a letter to CJI Ramana had asked for his release from the hospital while alleging that his husband was chained like an animal to the bed.

Ill-treatment of social and human rights activists and journalists in jails has these days become a new norm. Such maltreatment can be said to be violation of human rights. Human rights defenders have been arguing so because they feel that state has an obligation to protect the health of an individual. Similar views were also expressed by the Supreme Court when it asked the Uttar Pradesh government to shift journalist Kappan to a hospital in Delhi like the Ram Manohar Lohia or the AIIMS for treatment.

On SC order to Uttar Pradesh Government, Sanjay Hedge, Senior Supreme Court Lawyer said, “It is a welcome move by the Supreme Court to first ensure Kappan's safety and treatment. There are some legal arguments about the extent of the jurisdiction of a writ court hearing a habeas corpus petition, to grant bail, while there exists an order for preventive detention. The court has for the moment chosen not to give a ruling on this aspect. Hopefully it will do so in this case at a later stage.”

MR Shamshad, Advocate-on-Record, Supreme Court of India while sharing his perspective on the issue said,” “In view of this extraordinary times, the opposition by State for shifting him to Delhi was irresponsible and contrary to the stand a government should take. The Supreme Court has considered humanitarian aspect to protect rights under Article 21. This is a political case; given the color of crime against nation. What if he is acquitted at the end? All this is happening because our system doesn't hold any one accountable finally for such action.”

“While it is great to see that the Supreme Court ensured journalist Siddique Kappan's medical treatment at AIIMS Delhi, it is unfortunate that this required an order from the top court. After the treatment, he would be sent back to Mathura district jail, where he is alleged to have been ill-treated and denied basic rights. It has been more than six months since Mr Kappan's arrest. What purpose does his custody serve? His continued detention and alleged ill-treatment despite quality legal representation, media attention, and political intervention, is also a reflection of State's appetite for punitiveness,” said Raja Bagga, Senior Programme Officer, Access to Justice Programme / Police Reforms, Commonwealth Human Rights Initiative

“The present temporary relief accorded to Mr. Siddique Kappan by the Supreme Court, while being welcome is symptomatic of the wider problem of the erosion of human rights in India. The deep state in India has used draconian legislation since India became independent. With the onset of TADA, the Sikhs initially and subsequently, the Muslims were disproportionately targeted. The Muslim community needs to be congratulated for having a major contribution in the campaign that lead to the successful end of TADA and POTA. However, it has been wanting in taking a unified and concerted plan of action with other democratic sections of society for the repeal of UAPA,” said Ravi Nair, Director of South Asia Human Rights Documentation Centre.

“Looking at the Supreme Court for relief in the long term for Mr. Kappen and others imprisoned under UAPA is a pipe dream. It was the Supreme Court in 2019 that made it impossible to get bail under UAPA by turning the laws of evidence upside down. As soon as the Covid situation eases, a mass peaceful civil disobedience movement must be launched for the repeal of all draconian legislation, or all the many hundreds of Kappens will rot in jails. As Dr Rammanohar Lohia put it, Courts and Parliament only put seals of approval on issues decided by popular protest,” argued Nair.

Siddique Kappan, a freelance journalist who wrote for Malayalam portals was arrested on 5 October, 2020 along with three others in Mathura under the Unlawful Activities (Prevention) Act (UAPA) and sedition for allegedly attempting to create social tension. He was arrested on his way to Hathras, which was in the news at that point of time due to the death of a 19-year-old Dalit woman who was allegedly gang-raped on 14 September, 2020..