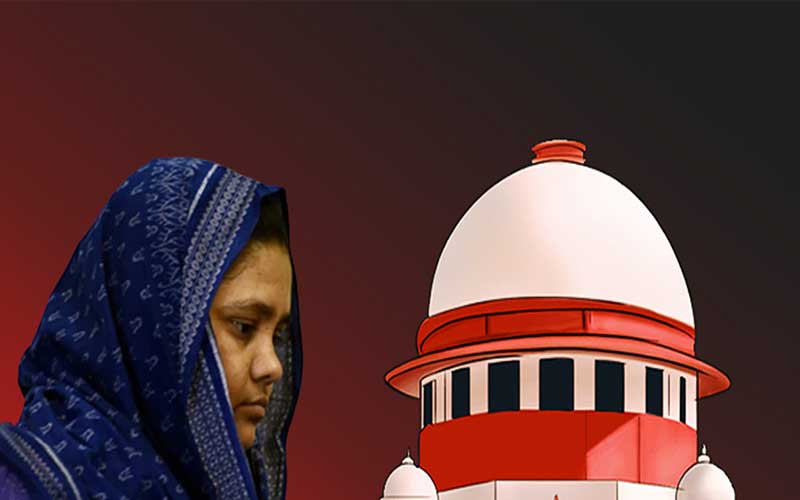 On Thursday, the Supreme Court heard the petition filed against the release of the convicts in the Bilkis Bano case. The Supreme Court has sought an answer from the Gujarat government regarding this. The court has issued notice to the state government. The matter will be heard after two weeks.

The Supreme Court asked, 'The question is whether the convicts are entitled to exemption under the rules of the Gujarat government or not? We have to see whether this was taken into account while granting the exemption. A petition has been filed against the release of the convicts on behalf of former MP Subhashini Ali, journalist Revati Lal and Professor Rekha Verma. The petition has sought quashing of the order of the Gujarat government.

The Gujarat government on August 15 released 11 convicts in the Bilkis Bano case. All the convicts were serving life imprisonment. A special CBI court in Mumbai sentenced 11 convicts to life imprisonment on January 21, 2008 for the gang rape and murder of seven members of Bilkis Bano's family. The sentence was also upheld in the Bombay High Court. Radheshyam, one of the convicts, had appealed to the Supreme Court for pardon.

After the Godhra incident in Gujarat, riots broke out on March 3, 2002. During the riots, a furious mob had entered the house of Bilkis Bano in Randhikpur village of Limkheda taluka of Dahod district. The rioters had gang-raped Bilkis Bano. Not only this, the rioters had killed 7 people of Bilkis's family. Bilkis was pregnant at the time of the incident. During this, 6 members of the family managed to escape after saving their lives. The accused were arrested in 2004.