In a statement calling out patriarchy, the Supreme court said, “We must recognise here that the structures of our society have been created by males for males. Superficial face of equality does not stand true to the principles enshrined in the Constitution.” 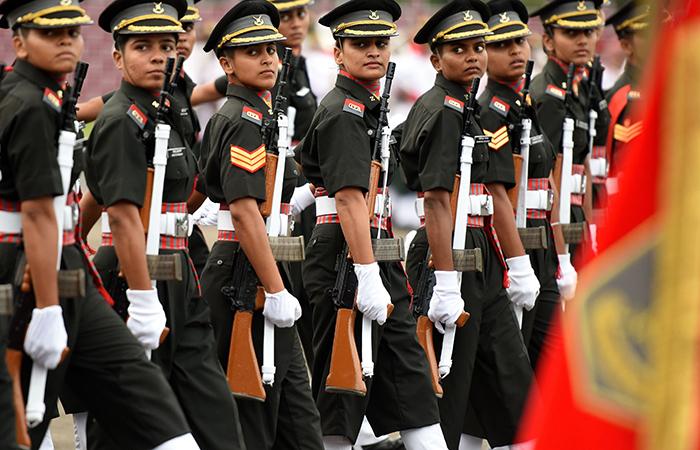 The Army's selective Annual Confidential Report (ACR) assessment and late enforcement of the medical fitness requirements were discriminatory against women officers, according to the two-judge Supreme Court bench headed by Justices DY Chandrachud and MR Shah.

The Supreme Court of India, in a landmark judgement for the Indian military, permitted women officers in the Army to compete for command positions on an equal footing with male officers in February 2020, claiming that the government's arguments against it were "discriminatory," "disturbing," and built on stereotypes. The court also stated that all women, regardless of their years of service, will be eligible for Permanent Commission.

The Supreme Court said, "The pattern of evaluation causes economic and psychological harm to SSC (short service commission) women officers," it further added, "We find that those excelled in sports events were ignored, a detailed list of achievements by women has been given in the judgment... It looks like the Board was sitting for rejection rather than selection.”

The procedure by which women officers were assessed, according to the bench led by Justice D Y Chandrachud, did not resolve the gender inequality issue posed in the apex court's verdict last year.

Justice Chandrachud commented, “Women officers of the Indian Army have brought laurels to the force… Their track record of service to the nation is beyond reproach. To cast aspersion on their abilities on the ground of gender is an affront not only to their dignity as women but also to the dignity of the members of the Indian Army.”

In a statement calling out patriarchy, the Supreme court said, “We must recognise here that the structures of our society have been created by males for males. Superficial face of equality does not stand true to the principles enshrined in the Constitution.”

The petitions filed by the women officers have requested that contempt proceedings be imposed on those who allegedly refused to comply with the Supreme Court's previous judgement.

The court ordered that the cases of women officers who applied for permanent commissions be re-evaluated in a month and that a decision be made in two months.