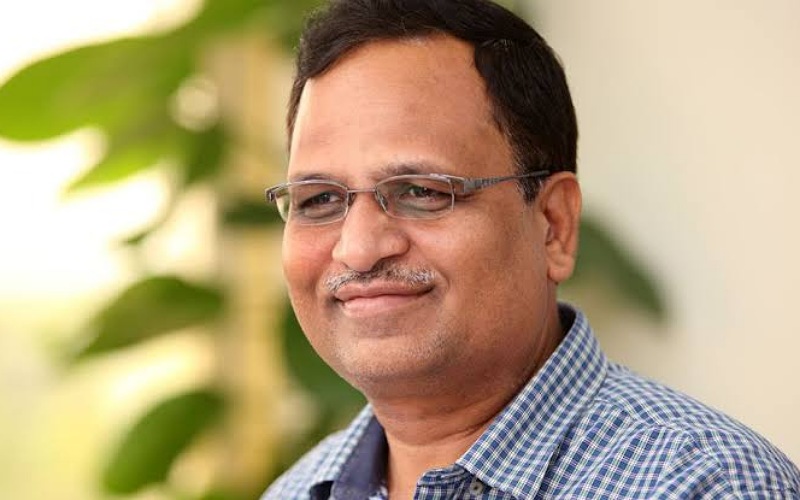 Delhi minister Satyendar Jain, arrested in the money laundering case, will be in the custody of the Enforcement Directorate till June 9. Delhi's Rouse Avenue Court has given this order in its decision.

Accordingly, Solicitor General Tushar Mehta, appearing for the ED, said that the custody is needed for interrogation of allegations of raising disproportionate assets and money through hawala by CBI and IT between 2015 and 2017 to the tune of Rs 4.81 crore.

In the registry, the money was told to be given by check, but the payment was made in cash. Jain was arrested under section 19. Jain hasn't answered any questions. We need 14 days custody because we have to investigate whether the money coming through Hawala belonged to Satyendra Jain or someone else. Satyendra Jain has not given any satisfactory answer on the existing evidence.

Minister Satyendar Jain in Delhi government was produced shortly before the MP MLA Court at Rouse Avenue. Special Judge Geetanjali Goel was produced in the court. Delhi Health Minister Satyendar Jain was arrested by the Enforcement Directorate on Monday. The Enforcement Directorate (ED) has arrested him in a case of hawala transactions involving a Kolkata-based company.