Recently, she shared a video on Instagram, in which she is seen practicing kick-boxing and punching and kicking non-stop on a punching bag tied on the hand of her trainer. 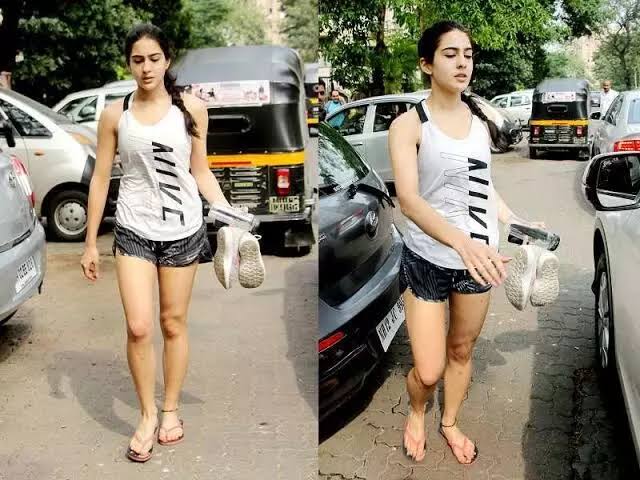 Bollywood actress Sara Ali Khan is very active on social media. She also often shares updates related to her personal and professional life with fans. Along with this, she is also in discussions about her fitness. Now a similar video of her has surfaced on social media, in which she is seen giving tremendous fitness goals to her fans.

This video has been shared by the actress on her official Instagram story. It can be seen in the video that Sara Ali Khan is seen working out in the gym during her workout session. It can be heard in the video that the actress is being guided by her trainer Namrata Purohit and based on that she is doing her exercise sets. In this video, she is sitting on the mission and is seen doing back exercises.

Recently, she shared a video on Instagram, in which she is seen practicing kick-boxing and punching and kicking non-stop on a punching bag tied on the hand of her trainer.

On the other hand, if we talk about Sara Ali Khan's workfront, then she is going to be seen in Laxman Uketa's untitled film. Vicky Kaushal will be seen playing the lead character with him in this film. The actress was last seen in the film Atrangi Re. In this film, Sara Ali Khan plays the main character Rinku along with Akshay Kumar and Dhanush, who gets married against her wishes. The film was released on the OTT platform last year on the occasion of Christmas.