Sanket Sargar, who once sold Paan for a Living, gifts India it's first silver in Commonwealth Games 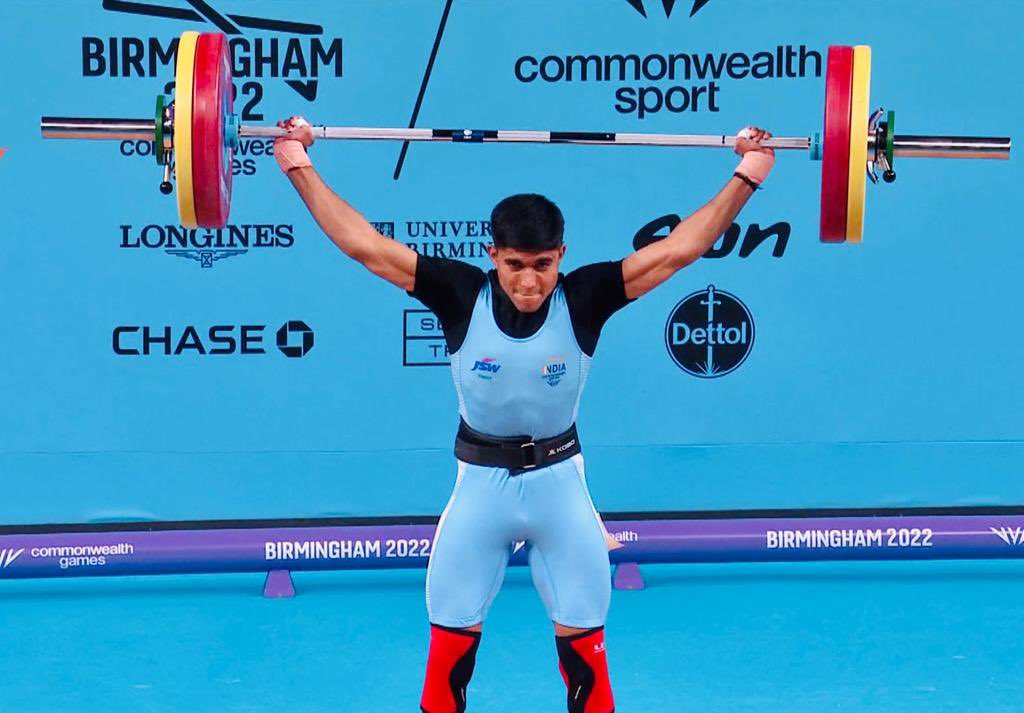 2022 Commonwealth Games: Sanket Sargar, who once sold Paan with his father to support himself, has won the country's first medal in the Commonwealth Games. He won the silver medal in the 55 kg weight category of weightlifting. Sanket's father Mahadev Sargar runs a paan and tea shop in the main market of Sangrur in Maharashtra, where Sanket also help in the work of his father.

As per the official sources, 4 years ago, Sanket Sargar was making a paan for a customer, when he saw P Gururaja win at the Gold Coast CWG, he said to himself, "Agli baar mai jaunga" (I'll go next time).

Sangrur District Weightlifting Association President Sunil Naik told Bhaskar that Sanket has been doing weightlifting since 2013. He is training under District Coach Mayur. Sanket's father sets up a tea and paan cart at Main Chowk in Sangrur City. Sanket has two brothers and one sister. His younger sister has also won gold for Maharashtra in the Khelo India Commonwealth Games.

Sanket was hoping for a gold medal in Birmingham. Coach Mayur told that he was hoping for gold. When he was walking on the top with a weight of 248 kg, the hope of gold seemed to be fulfilled, but while lifting the final weight, he got an injury in his hand. The coach in an interview mentioned that we only pray to God that he does not get a serious injury. Father Mahdev Sargar also said that our concern is about the son's injury. The son has raised our heads by winning the medal.

Congraulting Sargar's valor and dedication, Prime Minister Narendra Modi said, "Exceptional effort by Sanket Sargar! His bagging the prestigious Silver is a great start for India at the Commonwealth Games. Congratulations to him and best wishes for all future endeavors."