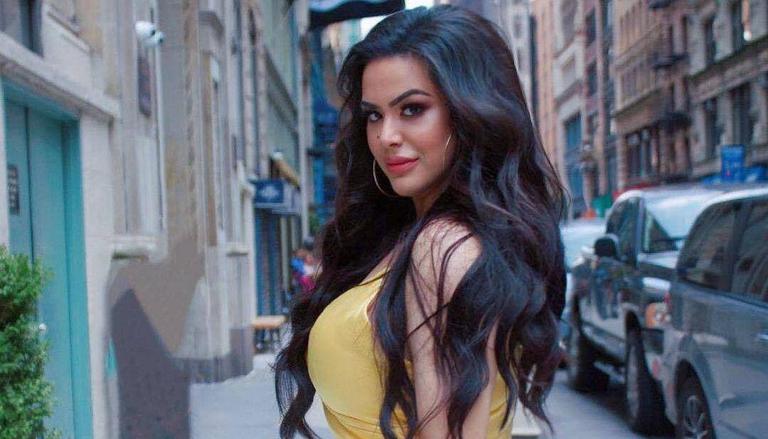 Recently, Sanjay Dutt's daughter Trishala Dutt conducted a QnA session on her Instagram page. The purpose of this session was to talk about mental health and clear any doubts people had about therapy and depression. However, one person took this as an opportunity to talk about marriage proposal to Dutt.

During the Instagram question and answers session, one man asked Trishala - You never answer my question Ms. Dutt. Will you marry me???

Sanjay's daughter gave a witty reply to this person's query.

Trishala Dutt answered - I never answer it because it has nothing to do with mental health. And at this point with all the ghosting going on and conversations slowly fading out after first dates from the guys end – why not lol. Happy?

Check out the screenshot below: 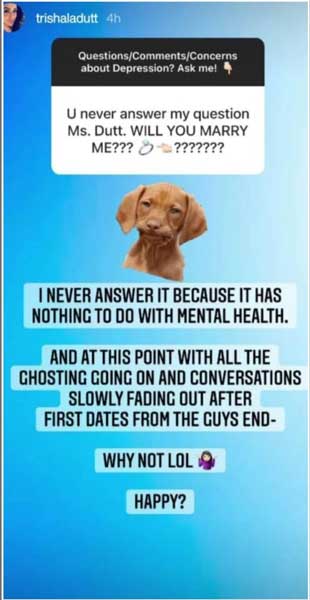 Meanwhile, earlier this year, Trishala Dutt talked about her break-up. She had said, "7 Years. I won’t go into the major details on why it ended. Let’s just say we mutually parted ways. He was ready for a life that I wasn’t and we had many, many differences that accumulated over the years."

Talking about Sanjay Dutt, the actor was last seen in Bhuj: The Pride of India which also stare Ajay Devgn, Sonakshi Sinha and Nora Fatehi. Dutt will be next seen as a villain in YRF's Shamshera which stars Ranbir Kapoor and Vaani Kapoor