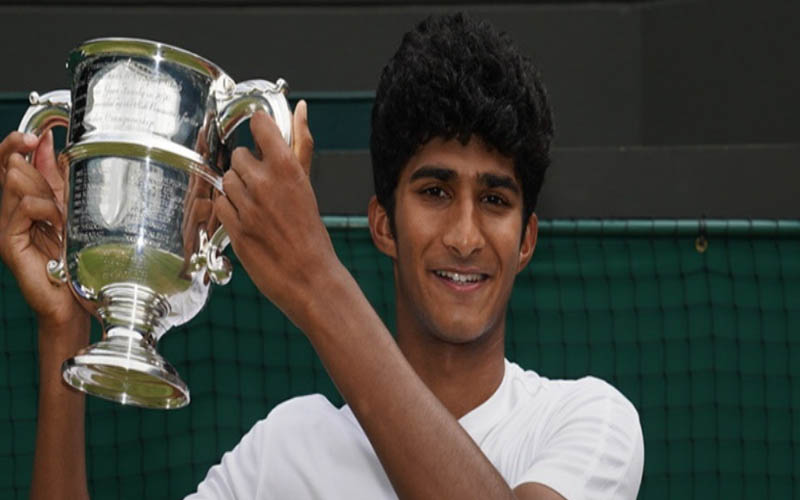 Samir Banerjee, an Indian-American tennis player, won the Wimbledon Boys' Singles title at the age of seventeen. In a one-hour and 22-minute final, he defeated Victor Lilov of the United States 7-5, 6-3 to claim the title.

Banerjee, who is rated 19th in the world, was eliminated in the first round of the junior French Open. For a long period, India has struggled to field a strong competitor at junior Grand Slams. India has been failing to develop the next generation of athletes due to a lack of a strong domestic circuit and insufficient tournaments at home to gain world ranking points.

“I really just wanted to win a round, I didn’t expect this. I had a tough French Open, lost to a good player, so here I just wanted to keep my expectations low so that if I passed them, then I’d be happy. But this was way beyond my wildest dreams,” the junior world No.19 said on court

Stefan Edberg, Roger Federer, and Gael Monfils are among the other tennis luminaries who have won the boys' singles title.