Saif Ali Khan On Working With Hrithik Roshan In Vikram Vedha Remake: “He Is A General Force Of Cinema”

Saif Ali Khan and Hrithik Roshan will be seen in Vikram Vedha remake. The Bhoot Police actor is all praises for Hrithik. 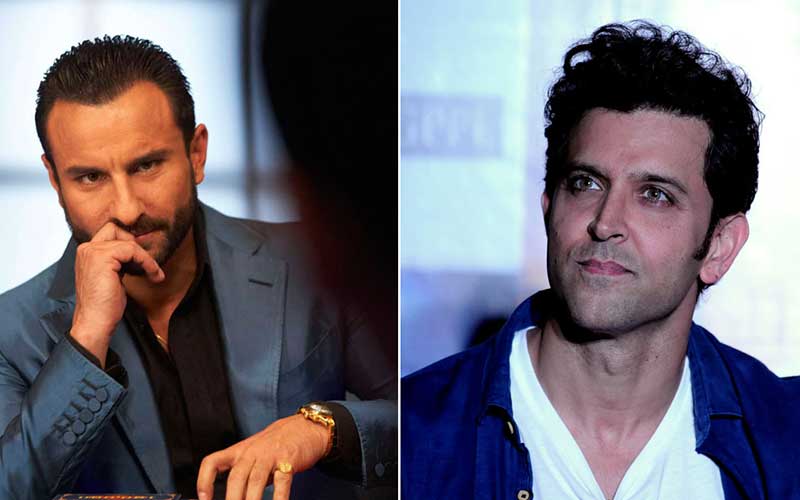 Saif Ali Khan is all geared up for the release of horror-comedy Bhoot Police. The actor will soon start the filming of the Hindi remake of Vikram Vedha, in which he stars alongside Hrithik Roshan. The fans of both the actors can't wait to see their favourite stars on screen.

Saif Ali Khan revealed that they are going to start the shoot of Vikram Vedha next month. The Chef actor will play the role of a cop named Vikram in it. In an interaction, Khan opened up about his reunion with Hrithik after 2 decades.

"That was a smallish kind of a role, but yes, I have worked with him before. Vikram Vedha is a fab movie and I am completely kicked about it but I am still waiting to get into that gear," Saif told Pinkvilla.

About Hrithik Roshan, Saif said, "Hrithik is a guy, who I think is a phenomenal actor, looker and dancer. He is a general force of cinema, so I have to get up early and pull up my socks." The film also stars Radhika Apte and Rohit Saraf in the lead roles.

About the film, Arjun Kapoor said, "It will be great fun watching both of them together. It’s two of my favorites in a film and will be fun to watch them together."

Talking about Bhoot Police, the film also stars Arjun Kapoor, Jacqueline Fernandez and Yami Gautam. Directed by Pawan Kripalani, the film is set to release on Disney+ Hotstar on September 17.

On the other hand, Hrithik Roshan also has Fighter, in which he stars alongside Deepika Padukone. It is the first time both the actors will be seen working in a film together.