The man who gave us Bollywood’s finest blockbuster films, is no more 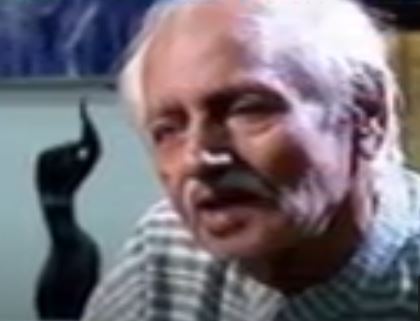 Sagar Sarhadi left us at 88, leaving a legacy like his name

Sarhadi is also credited with writing dialogues for Shah Rukh Khan’s debut film Deewana in 1992 and Hrithik Roshan’s debut Kaho Na Pyaar Hai. For past few months, the 88-year-old was ailing and had to be admitted to ICU many times in Mumbai. On March 22, morning, he breathed his last due cardiac arrest.

Born in Abbottabad, Pakistan in 1933, Sagar was Urdu short story writer. Post Partition, he had come to India, where his struggle began as a refugee. He added his name as “Sarhadi” (meaning those with borders). The pain of leaving his land, often would reflect in his dialogues in several films. His short stories were turned into plays by multiple theatre directors.

Once one of his plays was being staged in Mumbai that Yash Chopra happened to see that play, and became his admirer. He offered Sagar to write for films. That’s how Sagar’s new venture began where in his love stories, conflict in relationships, societal pressures started finding ways in his scripts, dialogue and screen writings.

The most important about Sagar was that he made love win, handsdown in all his films. Such was his belief in the power of love. His dialogues in several films have become benchmark for perfection in love. For instance, a in a dialogue in film Kabhi Kabhi Amitach Bachchan tells Rakhi, “AApki aankhain jahan bhi dekhni hain, aik rishta qayam kar leti hain” (Wherever your eyes see, they establish a relation there). It is such a powerful statement in glorifying a lady love. This is so wonderful to see that his love stories were all time hits and still serve as an example in the film industry. No one could touch the grace and power of his love stories and dialogues which were powerful in their simplicity.

Sagar had taken the middle of his name Ganga Sagar Talwar as his pen name. Sagar’s penchant for substantial work began with being a member of IPTA (Indian Peoples’ Theatre Association) and PAG (Progressive Writers’ Group). The credit of bringing excellent performers like farooque Sheikh and Shabana Azmi, in his inter-collegiate Theatre competitions way back in late 60s and early 70s, goes to Sagar Sarhadi.

SAGAR SARHADI DIRECTED THIS FILM, TO NO MATCH YET

One of the finest writers the Hindi film world had, he also wrote several successful television serials and was a regular at IIFT and other institutions to deliver a lectures on story telling.

Sarhadi is survived by his nephews and nieces. His nephew Ramesh Talwar is also one of the finest filmmakers in the industry. It was Ramesh who broke this news to the press.

However, like his name Sagar (ocean) will never have a sarhad (border) for his creative legacy he had left with us.

TNB pays him a humble tribute.