S Jaishankar Expresses Concern on Whether China Lives Up To Commitment

According to S Jaishankar, the question is whether China would follow up to the pledges it has made - formal commitments - regarding neither country allowing a major army force near the border. 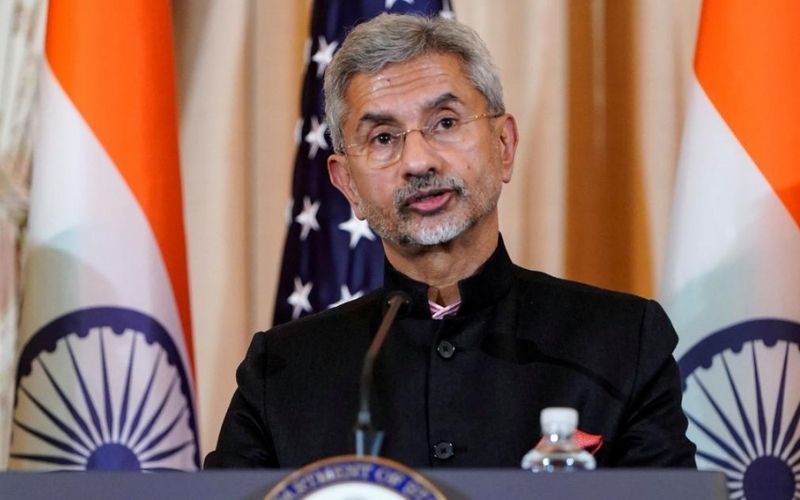 China's military formation along its disputed Himalayan border with India, as well as uncertainty over whether Beijing would keep its pledge to reduce force levels, continue to be a problem for ties between the two neighbours, according to Foreign Minister Subrahmanyam Jaishankar.

"The problem there is whether China will follow up to the pledges it has made — formal commitments it has made — about both nations not permitting a major armed presence at the border," Mr Jaishankar said in an interview with Bloomberg's Jeanette Rodrigues on Tuesday at the Qatar Economic Forum. China's "close-up deployment" intensifies, particularly in Ladakh.

His remarks came a year after the deaths of 20 Indian soldiers and at least four Chinese personnel in the worst fighting between the two countries in more than four decades.

Following the conflict with China, which coincided with the coronavirus epidemic, India has increased ties with the Quad, an informal organisation of the United States, Australia, and Japan. Jaishankar, who visited the Group of Seven conference in the United Kingdom earlier this month, stated that New Delhi shares its concern about establishing stable supply chains and can assist by increasing its own production capabilities.

According to the minister, the South Asian country has also sought assistance from the United States and Europe to increase vaccine manufacturing. Initially, the world's largest vaccine maker exported or gave vaccinations to over 90 countries, but this was suspended in April due to an increase in illnesses and a scarcity of inoculations for its own population. The move by India has also harmed supply to Covax, a World Health Organization-backed effort to acquire vaccines for low- and middle-income nations.

When India began its vaccination programme, "we were fulfilling our commitments with the Covax, and we were delivering to some of our neighbours," Mr Jaishankar explained. "When the second wave came, we clearly focused on the goal of the vaccine deployment, which was largely at home. But I am certain that when manufacturing ramps up, we will once again play a worldwide role."