According to the report of Russia's Tass news agency, Moscow's army was preparing for a street battle in the city of Kherson. According to Moscow, about 70 thousand people have fled from Kherson so far. Ukraine says the evacuation is described as forced deportation to Russia or the occupied territories. 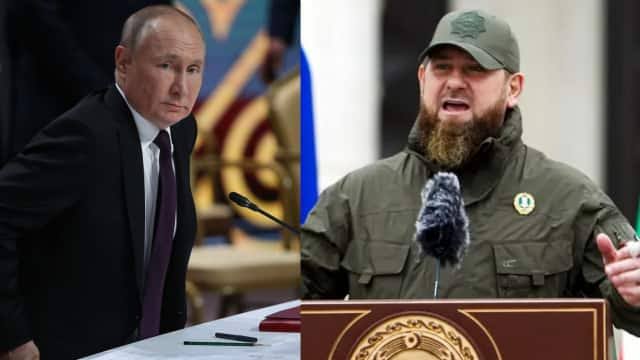 For the last eight months, the war between Russia and Ukraine is going on (Russia Ukraine War). Since the start of the war between the two countries, there is a possibility of nuclear war all over the world. With military strikes intensifying in Ukraine and the current threat of a nuclear war, residents in the war-torn country are set to have a tough winter this year.

According to the report of Russia's Tass news agency, Moscow's army was preparing for a street battle in the city of Kherson. According to Moscow, about 70 thousand people have fled from Kherson so far. Ukraine says the evacuation is described as forced deportation to Russia or the occupied territories.

Ramzan Kadyrov, the commander of Chechnya and a particular supporter of Russian President Putin, has described the war as jihad. While releasing a video on the Telegram messaging app, Kadyrov said that our region is not Joporizhia and Kherson. Our region is Odessa, Kyiv, Kharkiv. Ukraine is our Russian territory in the right way. In addition, Ramadan has urged Russian Muslims to fight against demons and demonic forces.

According to the report, Russia has expressed fears that it may use a dirty bomb against Ukraine, which is made from radioactive elements that spread radiation, such as toxic nuclear. On the other hand, Ukraine and its Western allies have denied that there is no truth in this.

Ukraine is battling drone attacks by Russian forces. Moscow last week launched dozens of kamikaze drones over Ukraine, attacked energy infrastructure and killed several civilians. Ukrainian President Zelensky has alleged that Russia is planning to blow up a hydroelectric dam, which would flood a large part of southern Ukraine. Zelensky said the Russian military had planted bombs inside the huge Nova Kakhovka dam. In addition to intensifying strikes in Ukraine, Russia has told the US that it plans to conduct annual exercises on its nuclear bases and forces. The US anticipates that Russia will conduct a nuclear weapon test during its annual exercise 'Grom' of the nuclear forces. Experts see it as a potential threat to the US and its allies as Putin has expressed the possibility of using nuclear weapons to avoid losing the war.