Russia Ukraine War: The condition of the injured soldiers trapped in the Ajovstal steel factory deteriorated

Ukraine's Prosecutor General has said that 41 cases of war crimes committed by Russian soldiers in her office are ready for trial. 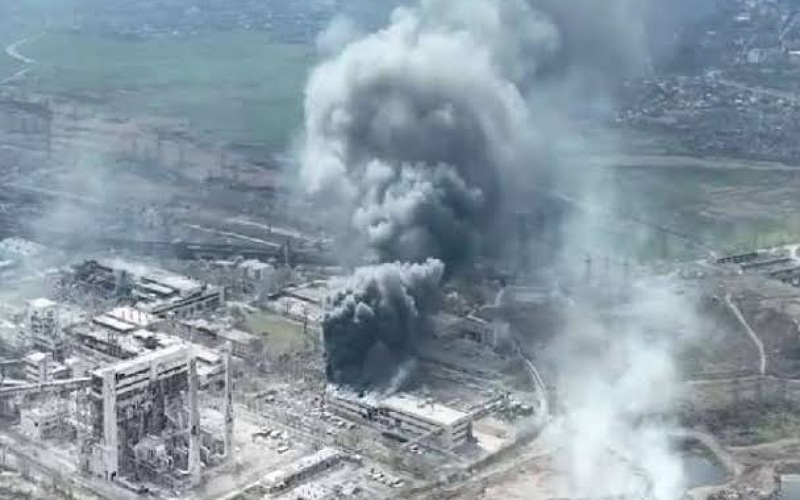 Complicated negotiations are going on between Ukraine and Russia for the evacuation of some 600 wounded Ukrainian soldiers and foreign fighters trapped at the Ajovstal steel factory in Maripol. The talks propose the release of Russian prisoners of war in return. This was stated by the President of Ukraine, Volodymyr Zelensky. With the passage of time, the condition of these wounded surrounded by the Russian army is deteriorating.

Svyatoslav Palmer, deputy commander of Ukrainian troops fighting from inside Maripol's Ajovstal steel factory, has said fighting with Russian forces will continue despite shortages of ammunition, food, water and medicines. This fight will last till the last breath of Ukrainian soldiers. In a conversation with US generals via Internet media, Palmer requested help from the US to evacuate some 600 wounded soldiers from the factory.

Ukraine's Prosecutor General has said that 41 cases of war crimes committed by Russian soldiers in her office are ready for trial. But it has not been clarified how many cases will be heard in the absence of the convicts. It is noteworthy that a war crime case against a Russian soldier arrested for the unprovoked shooting of a 62-year-old cyclist has started this week.