Russia Ukraine War: Russian attacks made Kyiv and Kharkiv in bad condition, people were forced to tremble with cold and fear

Russia's missile attacks on Friday have worsened the situation in Ukraine. More than 60 percent of the population of the capital Kyiv, which is facing freezing point cold, is deprived of electricity and water. 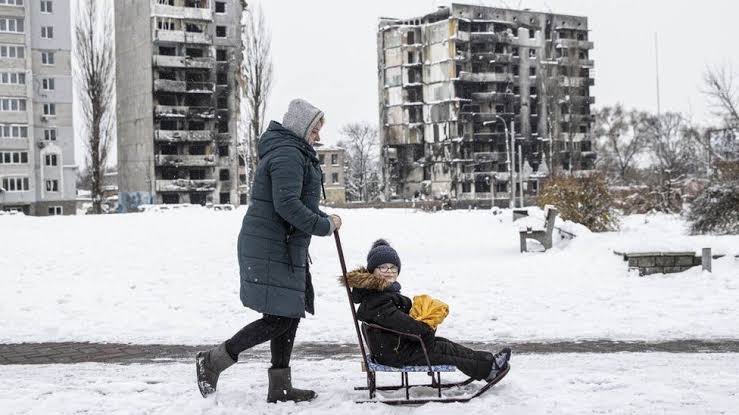 Ukraine is shivering with cold. There is power failure in large parts of the country and the pitch dark nights are frightening. People living in multi-storey buildings are leaving their homes and spending the night in tunnels, basements and other safe places amid rain and snowfall. This is the condition of Ukraine, which has been facing the attacks of the Russian army for almost ten months. Russia's missile attacks on Friday have worsened the situation in Ukraine. More than 60 percent of the population of the capital Kyiv, which is facing freezing point cold, is deprived of electricity and water.

The situation in Kharkiv, Ukraine's second largest city, is even worse. Most of the areas there have been without electricity since Friday's attack. The situation is even worse in the city of Kremenchuk, home to about two lakh houses, where it was minus 10 degrees Celsius. This situation is when the peak of coolness is still far away. Sirens are resounding in the cities of Ukraine to defend against Russian airstrikes every once in a while. The cold is killing the people who are living in the shadow of fear.

The mayor of Kremenchuk, Vitaly Maletsky, asked residents to keep their windows closed. He has said that in the absence of electricity, adopt alternative means to get heat. The mayor has said that the city's electricity and water plants were seriously damaged by the Russian attacks, so electricity and water supplies are unlikely to be restored anytime soon. Ukraine's President Volodymyr Zelensky has said that Russia is not serious about the ceasefire. He is preparing for a long battle. So we have to be ready to compete.

Amidst the worsening situation in Ukraine, Russian President Vladimir Putin reached the army headquarters in Moscow on Friday and held talks with military commanders throughout the day. Discussed with him the Ukraine war and the global challenges arising out of it. The meeting was also attended by the Supreme Commander of Russian forces in Ukraine, Sergei Surovikin. It is believed that Russia's airstrikes in Ukraine will increase further in the cold season. Russia wants to spoil the situation of Ukraine with airstrikes before the missile defense systems coming from the US and other countries are deployed so that it can be easier to move forward in the ground war later.