Russia has intensified its attacks on Ukraine. America had already given information about this that Russia is going to intensify the attack again. 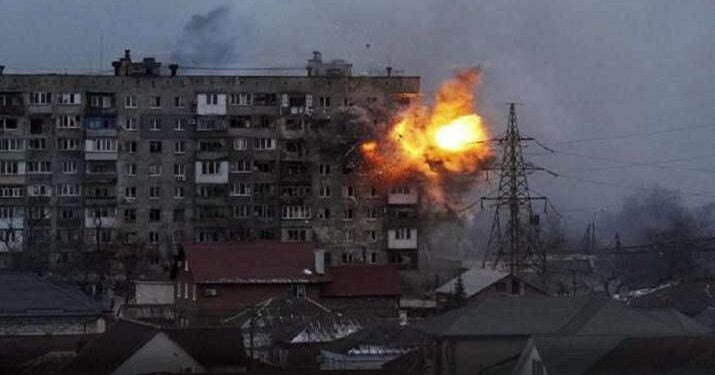 Russia has intensified its attacks on Ukraine. America had already given information about this that Russia is going to intensify the attack again.

On the war front, Russia's offensive in eastern Ukraine continues. In the past 24 hours just before the missile attack, Russian security forces launched attacks on several cities and villages in Donetsk province, killing one person and injuring two others. The officials of Donetsk province gave this information. In the Dypropetrovsk region to the south, Russian forces bombed the cities of Nikopol and Marhanets, damaging several buildings. Dipropetrovsk governor Valentin Reznichenko said two people were injured in the attacks. Russian troops also opened fire in the city of Zaporizhzhya, damaging several buildings and other structures but with no casualties.

On the other hand, Ukraine celebrated its Independence Day on Wednesday amid the ongoing war with Russia. Meanwhile, 6 months have also been completed since the Russian attack on Ukraine. The residents of Kyiv woke up on Wednesday morning after hearing sirens. Officials banned large gatherings in the capital, fearing Russia might bomb in the wake of the national holiday. Ukrainian President Volodymyr Zelensky called on people to be vigilant. Before Russia's missile strike, Zelensky said in a statement that "there is a possibility of Russian provocation and barbaric attack". Please strictly follow the safety rules. Pay attention to the siren. Pay attention to official announcements. Remember - we will all win together.' The apprehension proved correct and Russia launched a vigorous missile attack on eastern Ukraine.