Russian separatists claim the region comprising Luhansk and Donetsk provinces. 'For us, the cost of this fight is very high. It's just scary. We draw the attention of our partners every day to the fact that only a sufficient number of modern artillery for Ukraine will ensure our advantage.' 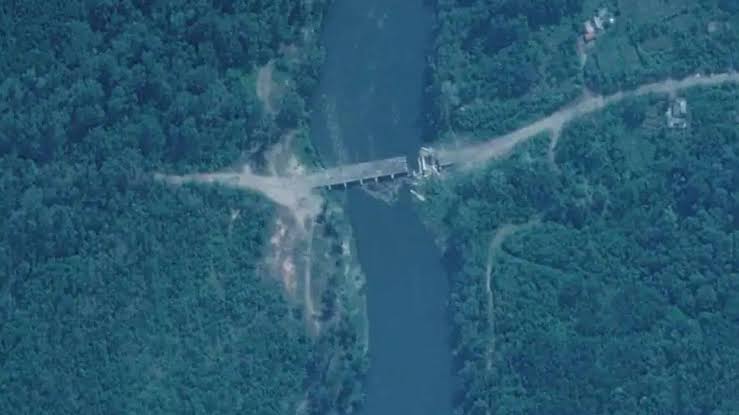 It has been almost 5 months since the war between Russia and Ukraine. Even now heart-wrenching news of war is coming out. Russia has destroyed the last bridge of a big city in Ukraine. The picture of this bridge has come to the fore.

Regional governor Sergei Gaidai said that with the city's last bridge destroyed, the remaining civilians were trapped in the city and it was now impossible to supply humanitarian needs. Ukraine has repeatedly called for more Western heavy weapons to defend Severodnetsk. Moscow has criticized Western aid to Ukraine.

This bridge is the key to controlling the city of Donetsk and its surrounding area. Where Russia has focused on showing its full power after being expelled from the Ukrainian capital Kyiv. Russia invaded Ukraine on 24 February. The war is in its fourth month. Late on Monday, President Volodymyr Zelensky said the Battle of the Eastern Donbass would go down as one of the most brutal in European history.

Kremlin spokesman Dmitry Peskov said on Monday that Russia's main goal was to defend Donetsk and Luhank. These regions are part of the Donbass region. These areas are occupied by pro-Russian proxy forces. Presidential adviser Mykhailo Podolyak said on Monday that Ukraine needed 1,000 howitzers, 500 tanks and 1,000 drones among other heavy weapons.