A report in the Sunday Mail claimed that recruitment numbers for the British armed forces fell by 30 per cent after supporting Ukraine in the war. Many soldiers have left the army service on the pretext of low pay and poor living conditions. 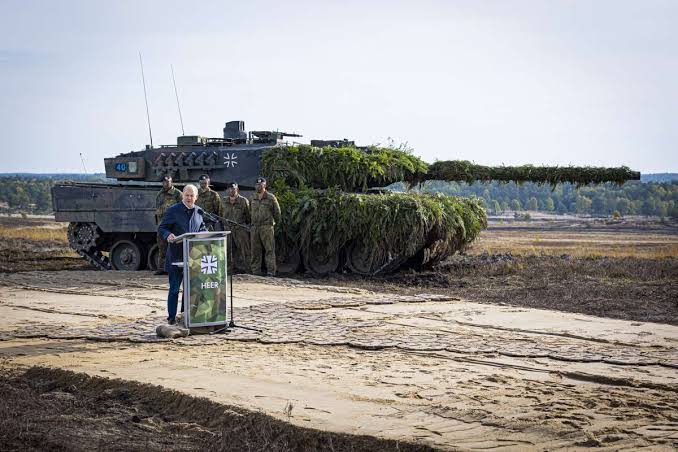 Supporting President Zelensky in the Russia-Ukraine war has cost British Prime Minister Rishi Sunak more than he could have imagined. Soon after becoming the new Prime Minister of Britain, Rishi Sunak visited Ukraine and assured President Zelensky of all help in the war. After this he had sent a big help of military equipment. Britain has promised to send Challenger 2 tanks to Ukraine, which is once again facing a shortage of tanks but Britain has had to bear the brunt of this. Britain's own soldiers have revolted against it. Prime Minister Rishi Sunak has also been surprised by this move of the soldiers.

A report in the Sunday Mail claimed that recruitment numbers for the British armed forces fell by 30 per cent after supporting Ukraine in the war. Many soldiers have left the army service on the pretext of low pay and poor living conditions. It has been said in the report that more than 16 thousand British soldiers have left the job last year. More than a thousand British servicemen have left the military this year amid complaints of poor living conditions and low pay. Still many soldiers are leaving the job. This has created a very uncomfortable and dangerous situation in front of the British government.

According to the report, 16 thousand soldiers left the jobs from the British Army, but only 12 thousand soldiers came to take their place. Due to Britain's support for Ukraine, now soldiers are not showing much interest in joining the British Army. Existing soldiers are also considering leaving the jobs. This is despite the UK Ministry of Defense spending £70 million on recruitment drives in recent years. Hundreds of British military personnel are not even getting hot water this winter, The Mail revealed on Sunday. There is a huge outcry over the poor conditions in his military accommodation. Statistics show that in the last eight months, maintenance contractors of the Ministry of Defense have been contacted thousands of times with complaints of dampness. British soldiers are also worried about the lack of pay hike. A Defense Ministry spokesman said recruits in the UK are paid £16,500 and privates £21,400. He also said that 'the recruitment strength of the armed forces is sufficient to meet its operational requirements for defence'.