Russia on Saturday bombed a school where some 90 people had taken shelter. 30 of them were rescued. In a post on social media, Gaidai said that 7 of them were injured. 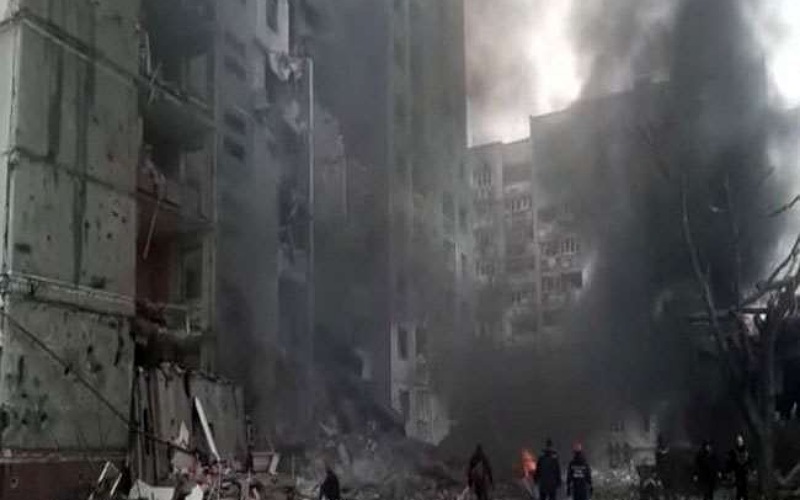 Two people were killed in a Russian bombing of a school in the Ukrainian village of Bilohorivka, while another 60 people are feared dead under the rubble. On Sunday, the governor of the Luhansk region of the country, Sherry Gaidai gave this information.

After the capture of the Ukrainian city of Maripol, the Russian army has been carrying out major attacks on Donesk, Luhansk and Kharkiv. Russian forces on Saturday blew up three bridges in the area to undermine Ukrainian military's retaliatory strikes in a battle to capture Ukraine's second major city, Kharkiv. The armory, built near Bohodukhiv railway station in the Kharkiv region, was also destroyed in a missile attack by the Russian army.

Amidst the ongoing attacks on Ukraine, a dress rehearsal for the Victory Day parade took place in Moscow on Sunday. Russia has said the May 9 event cannot be held in the war-ravaged port city of Maripol in southeastern Ukraine. Several reports in the past few days had informed that the Russian military is planning a grand parade in the city of Maripol. However, Russian President Vladimir Putin's press secretary Dmitry Peskov confirmed on Friday that the May 9 parade could not be held in Maripol this year.

This is a major change in Russia's position after the February 24 attack on Ukraine and it is not the first time that it has expressed a different opinion on Ukraine than the US, Britain and France. India has also strongly supported the resolution and expressed the need to establish peace in Ukraine.