Rupee's journey since India's independence, from 4 rupees per dollar to about 80 rupees equal to dollar

From Rs 4 during independence to around Rs 79 to Rs 80 against the US dollar at present, there has been a decline of Rs 75 in the last 75 years. 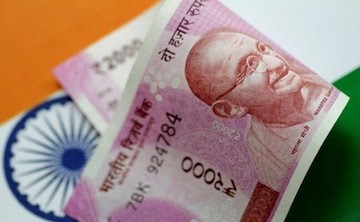 India is celebrating its 75th year of independence and is on track to achieve better economic growth during the next 25 years, which the government is calling the "elixir of the country". Keeping other aspects of the economy aside, let's look at how the Indian currency rupee has fared against other global currencies since 1947.

Much has happened in economic terms since 1947, including the economic crisis caused by the decline in food and industrial production in the 1960s. Then the India-China and India-Pakistan wars increased spending and led to instability in the economic balance crisis where India had become a victim of great instability due to high import bills as the foreign exchange reserves were almost empty.

According to reports, the then Indira Gandhi-led government had to go through a steep depreciation in the rupee. Where, the rupee depreciated from Rs 4.76 to Rs 7.5 against the dollar. After that in the year 1991, India again found itself surrounded by a serious economic crisis where the country was not in a position to pay for its imports and meet its foreign debt. To tide over the crisis, the Reserve Bank of India reportedly devalued the rupee by 9 per cent and 11 per cent respectively in two tranches. Where, after devaluation, the value of the rupee against the US dollar became around 26.

From Rs 4 during independence to around Rs 79 to Rs 80 against the US dollar at present, there has been a decline of Rs 75 in the last 75 years. On the other hand, Gaurang Somaiya, analyst at Motilal Oswal Financial Services, says that several factors have contributed to the weakness of the rupee over the years, with the trade deficit now reaching a record high of $ 31 billion, while the beginning of independence. There was almost no deficit in the U.S. and the deficit arose mainly from the high oil import bill.