Ruckus in the world's largest iPhone factory, food and drink crisis in front of laborers due to Corona lockdown in China

Foxconn has not yet commented on the matter. Media reports earlier said the ruling Communist Party had asked its workers to call back Foxconn workers who had left the company. 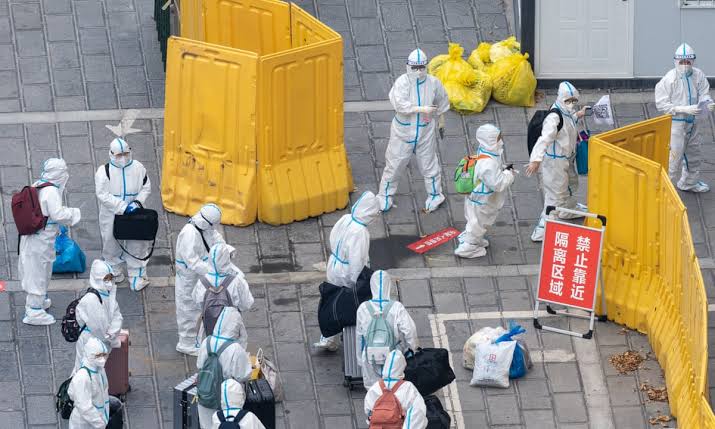 Trouble broke out again on Wednesday at the Zhengzhou factory assembling Apple iPhones in China. Clashes between the employees and the administration can be seen in a video posted on social media. Several workers at an Apple iPhone factory were beaten and later detained over contract disputes that began amid coronavirus restrictions.

The video circulating on Chinese social media is being claimed that it was filmed at a factory in the central city of Zhengzhou. Police wearing protective suits tried to stop thousands of people. It can be seen in the video that one person was hit on the head with a stick, while the other was taken away with his hands tied behind his back.

A post on social media said that these Apple employees were protesting against breaking the contract. These days the cases of corona are increasing again in China. In view of this, the crisis has deepened in front of the laborers working in the factories. They are not allowed to leave the factory. They are facing difficulty in getting food and medicines. Foxconn Technology Group, the operator of the Apple iPhone assembling factory, previously said it was using a "closed-loop management" system. Under this, the employees living at the workplace are kept in tight security circle without any external contact. Last month, thousands of workers walked out over complaints of inadequate security and lack of proper medical help for colleagues who fell ill.

Foxconn has not yet commented on the matter. Media reports earlier said the ruling Communist Party had asked its workers to call back Foxconn workers who had left the company.