Ruckus in Bihar on Government's Agneepath Scheme, Protests in Muzaffarpur against the new Recruitment Scheme

At various places in Bihar, massive protests emerged against the Agnnepath Scheme of the Central Government. 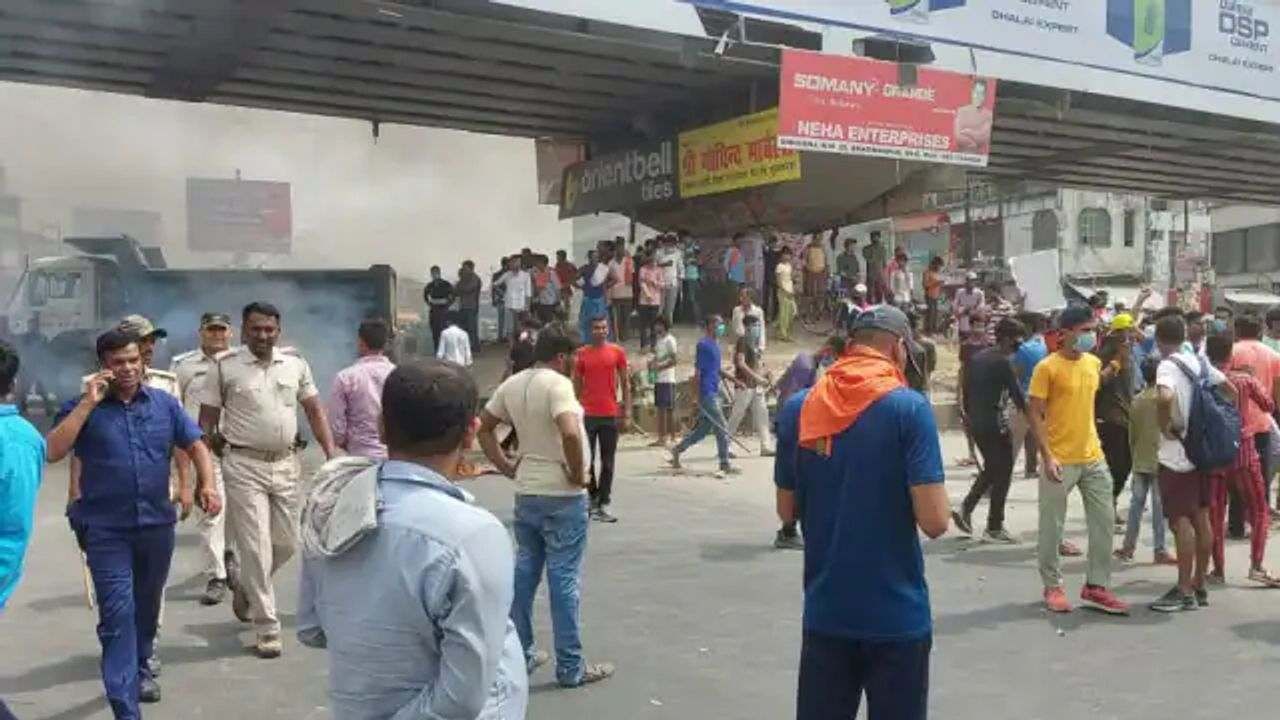 In Bihar, protesters blocked the railway track in Buxar, then set fire to Madipur in Muzaffarpur and blocked the road. Apart from this, there was a lot of ruckus in Ara too. Police and GRP also tried to convince the protesters, but they are adamant about the demand to withdraw the plan. Here, a large number of youths also opposed the scheme in the Ambedkar Nagar district of UP. In Rajasthan's Jaipur too, youth took to the road and demanded the closure of the scheme.

Will the structure of the army deteriorate due to the Agneepath scheme? On this question of the media, former Army Chief and Union Minister General VK Singh said that any new thing that comes, is not known about it until it comes on the ground. I'm not part of the team that made this plan, I don't know much about it. The plan has just been announced, let's see what happens on time and what doesn't.

The Central Government launched the Agneepath Recruitment Scheme on June 14 to recruit youth in all the three branches of the Army – Army, Navy, and Air Force. Under this scheme, the youth will have to serve in the Defense Force for 4 years. It is believed that the government has taken this step to reduce the budget for salaries and pensions.

In Muzaffarpur on Wednesday, hundreds of people took to the road carrying sticks and started creating ruckus and demonstrations. First, the protesters reached the ARO (Army Recruitment Office). There protested. After this, the protesters set fire to Madipur and blocked the road. Along with this, there was also an attempt to sabotage the boards and hoardings around the road. Sadar and Qazi Mohammadpur police reached the spot to convince the protesters, although they did not agree. The protesters say that they will not leave the road until an army officer listens to their problems.