EOW SP Devendra Pratap Singh says that RTO Santosh Pal and his clerical wife Rekha Pal had come to know about having unaccounted assets. Several complaints were received in this regard. 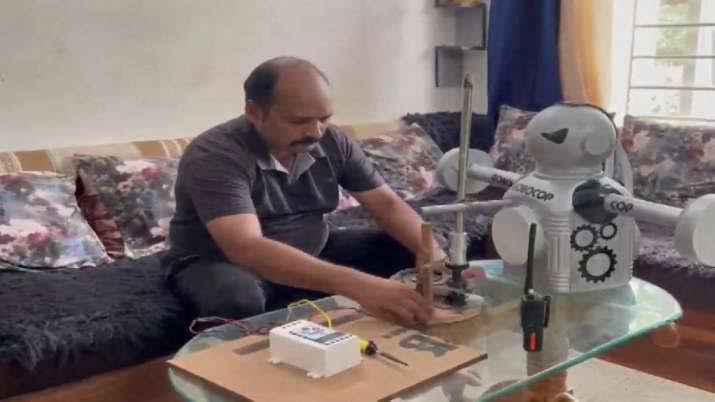 EOW has raided the house of an RTO officer in MP. In this raid, treasure was found from the officer's house. Seeing this unaccounted wealth, the senses of the officers were also blown away. 650 times more property than his income was found from the house of this RTO officer. The case is of Jabalpur, Madhya Pradesh. The house of Santoshpal Singh, an RTO officer here, looks like a palace. When the officers saw his property during the raid here, they were stunned. His assets are indicated to be more than 650 times his income. In the investigation, cash of Rs 16 lakh was found from this officer of Jabalpur. During the raid, it was seen that from the drawing room to the bathroom, the sight of black money was spread everywhere. This RTO officer has even built a personal theater in his house. Red seats have been put in the theater with black money. During the investigation, many houses of Santoshpal Singh, many luxury vehicles and other documents have been found.

EOW SP Devendra Pratap Singh says that RTO Santosh Pal and his clerical wife Rekha Pal had come to know about having unaccounted assets. Several complaints were received in this regard. Its verification was done by Inspector Swaranjit Singh Dhami. During this, when the investigation was done till late night, many evidences came to the fore in this. These evidences have shown that during the service period of RTO Santosh Pal, the expenditure and acquired assets are 650 per cent more than the income from legitimate sources.

EOW has found documents of 1247 sq ft house in PP Colony Gwarighat during investigation. Similarly, there are 1150 square feet in Shankarshah ward, Shatabdipuram which is on MRfour road, two residential buildings of 10 thousand square feet, 570 square feet in Kasturba Gandhi ward and 771 feet in Garhphatak, besides a house of 1.4 acres at village Dikhakheda, Chargawan road. It has also come to know about the farm house built on it.