Reporters Without Borders (RSF) has released a gallery of bleak portraits of 37 heads of state or government who have imposed severe restrictions on press freedom. Some of these "press freedom predators" have been active for more than two decades, while others have only recently joined the blacklist, which now includes two women and a European predator for the first time. 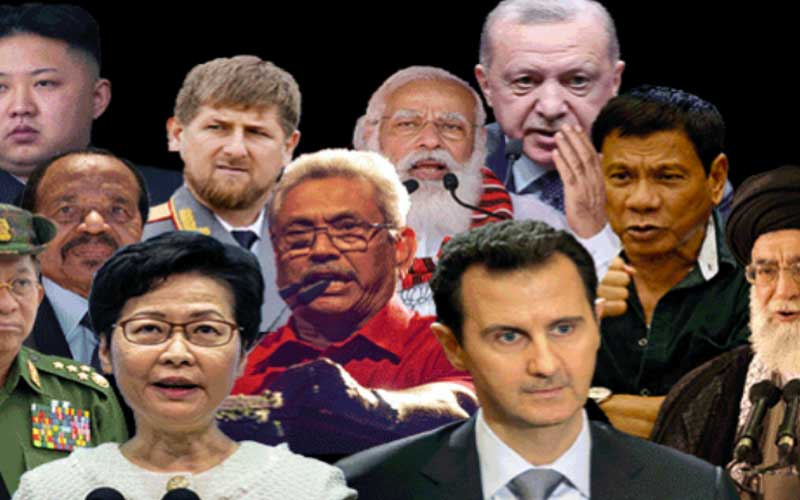 Some of these "predators of press freedom" have been active for more than two decades, while others have only recently joined the "blacklist," according to the RSF's explanatory note, which was released after a five-year hiatus. The RSF is an international non-profit and non-governmental organisation based in France that works to protect the right to freedom of information.

Since gaining government, Modi has been labelled a "predator," and the explanatory note notes that India is placed 142nd out of 180 countries in the World Press Freedom Index for 2021. Women, including Bangladesh Prime Minister Sheikh Hasina and Hong Kong's Carrie Lam, have reached the list for the first time, as has a European leader, Hungary's Viktor Orban.

Newcomers include predators of a different kind, such as Brazilian President Jair Bolsonaro, whose violent and nasty speech about the media has reached new heights since the pandemic began. In 2020, RSF produced a list of Digital Press Freedom Predators, and by the end of 2021, it expects to publish a list of non-state predators.