RRR could not win in Golden Globe Awards 2023 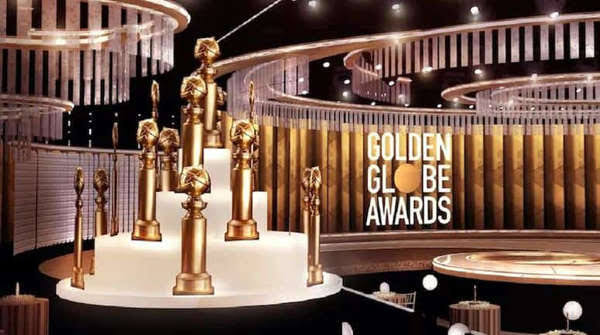 South Cinema's blockbuster film RRR was nominated in 'Golden Globe 2023'. While the film created history in Indian cinema by winning the award for Best Original Song, RRR could not win the title of Best Non-English Film. SS Rajamouli's film received nominations for 'Golden Globe 2023' in two categories, Best Original Song and Best Non-English Film but this film has managed to win an award.

The veteran director has arrived at the award ceremony with his wife Rama Rajamouli. During this, Rama appeared in an Indian saree. While the director has arrived in black kurta-dhoti. Very simple style of SS and Rama Rajamouli was seen in the pictures of this star couple of South Cinema are going viral on social media. Many fans and film stars are very fond of the pictures. Also giving your feedback by commenting.

In the 'Golden Globe 2023' award, the film 'RRR' received nominations in two categories, one for 'Best Film - Non-English' and the other for 'Best Original Song - Motion Picture'. The special thing is that the film 'RRR' is the first Indian film in more than two decades to be nominated for this award. Earlier in the 'Foreign Language' category, the films 'Salaam Bombay!' (1988) and 'Monsoon Wedding' (2001). Both these films were directed by Meera Nair. Both these films are completely different from 'RRR'.