It was Sanju Samson whose star shined the brightest, his century made him the first debutant IPL captain to do so in the league’s history. 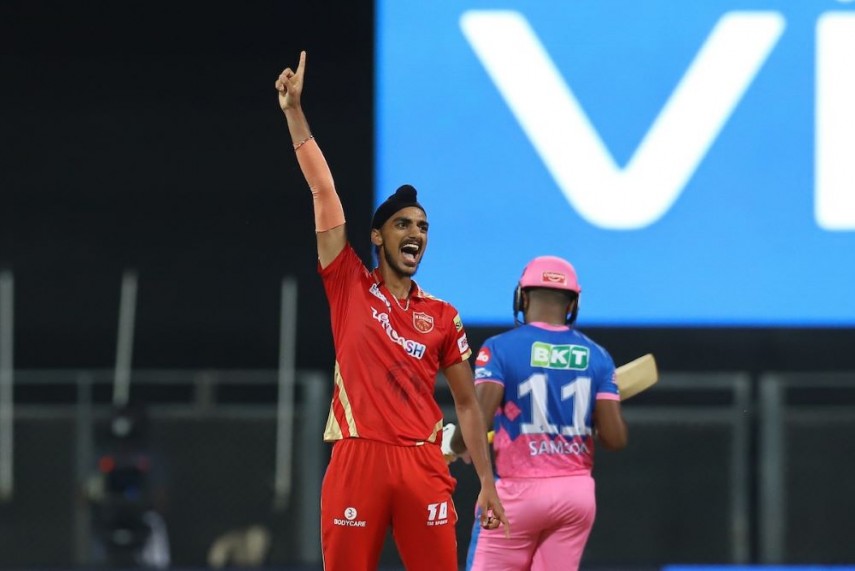 A brilliant knock of 119 runs by debutant skipper Sanju Samson fell short for a Rajasthan Royals win as Punjab Kings snatched away the game in the last over by Punjab’s brilliant Arshdeep Singh, winning by 4 runs.

The Punjab Kings were invited to bat first by Rajasthan’s Samson after winning the toss. The heavily armed batsmen of Punjab Kings were punishing from the word get go, KL Rahul with 91 runs off 50 balls did not miss the opportunity of finding enough boundaries and sixes. He was helped by the fact that Ben Stokes dropped his catch in the 6th over, making the dropped catch quite expensive.

Chris Gayle’s 40 runs and Deepak Hooda’s 64 both off 28 balls were also crucial to take Punjab Kings to the massive score of 221/6.

Rajasthan Royals tinkered with their batting order to introduce Manan Vohra and Ben Stokes as the opening pair. But Stokes was carrying with him the bad luck of the 1st innings folded at a duck to Mohammed Shami. Vohra was not too impressive as well giving away his wicket after 8 balls to Arshdeep, even after being dropped at 10 runs.

It was Sanju Samson whose star shined the brightest, his century made him the first debutant IPL captain to do so in the league’s history. The Rajasthan skipper with his beautiful stroke play cruised through Punjab’s bowling line-up which was only helped more by his immaculate timing with the bat. Samson hit some 6 sixes and touched the fence on 12 occasions and was almost set to take the game in the last over.

It was Punjab Kings’ young gun Arshdeep Singh who denied Samson from hitting the winning stroke, dismissing him off the last bowl with 5 runs on stake. In the post-match interview, Arshdeep explained of his plan to stop Samson from hitting a six, "The field was set, the plan was to make Samson play wider, the plan was to bowl wide yorkers to Samson and if we executed that, it would have been harder for Samson to get under."

This one went down to the wire! Sanju goes for the big shot over cover, but doesn't get all of it. Taken. @PunjabKingsIPL win by 4 runs.#VIVOIPL #RRvPBKS pic.twitter.com/HklxqlAGY2