Federer, who missed the 2016 Rio de Janeiro Games due to his left knee, underwent two right knee surgeries after the Australian Open in 2020. 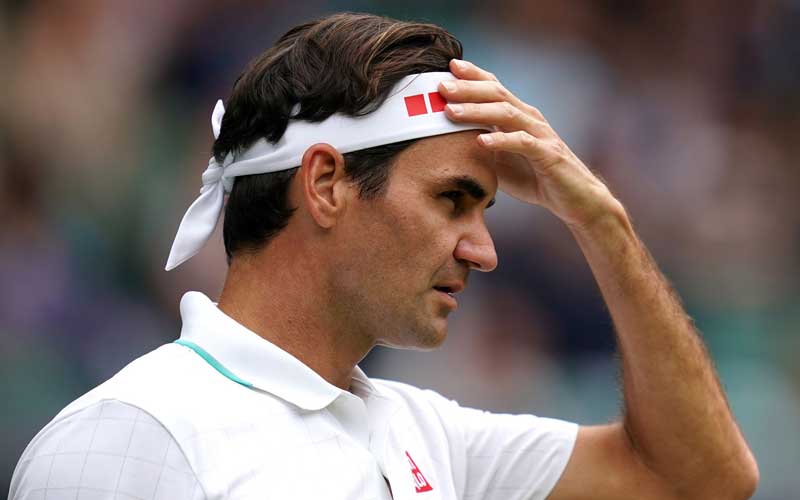 World class tennis player Roger Federrer has announced that he will miss this month's Tokyo Olympics owing to his knee injury.

Posting on Twitter, the five-time year-end World No. 1 said, "During the grass-court season, I unfortunately experienced a setback with my knee, and have accepted that I must withdraw from the Tokyo Olympic Games."

He expressed disappointment and it has been an honor and highlight of his career each time he has represented Switzerland at the Olympics.

However, he added, "I have already begun rehabilitation in the hopes of returning to the tour later this summer. I wish the entire Swiss team the best of luck and I will be rooting hard from a far. As always Hopp Schwiz!"

Federer, who missed the 2016 Rio de Janeiro Games due to his left knee, underwent two right knee surgeries after the Australian Open in 2020.

He pulled out of the French Open this year with a view to improve his condition to mount a challenge at Wimbledon. However, looked unconvincing at the All England Club and was knocked out in the quarter-finals by Poland's Hubert Hurkacz.

The 28-time ATP Masters 1000 champion has won a doubles gold medal with Stan Wawrinka in Beijing in 2008 and a singles silver medal (l. to Murray) in London in 2012.

With Federer now joining Rafael Nadal in missing the Games, Novak Djokovic is the favorite for the men's singles title in Tokyo. Having won the Australian Open, French Open and Wimbledon, Djokovic is still on track to record a Golden Grand Slam.

The 2020 Summer Olympics are being held in Tokyo, Japan from 23rd July to 8th August.