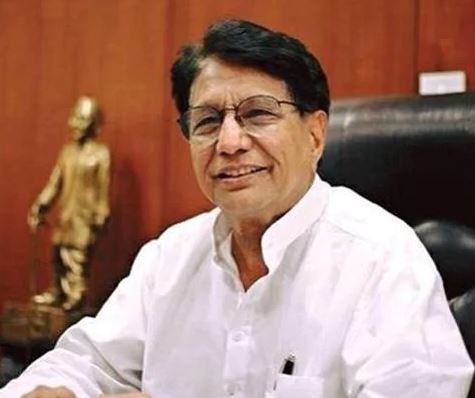 Chief of Rashtriya Lok Dal (RLD), former Union Minister and Jat politician, Ajit Singh died yesterday at the age of 82 years in a Gurgaon hospital. He had been rushed to the hospital after he had tested positive for Covid-19 on 20th April 2021. His death was confirmed by Jayant Chaudhary, his son and heir apparent of RLD.

Ajit Singh Chaudhary was the founder and Chief of the Rashtriya Lok Dal (RLD). RLD has historically been one of the strongest political outfits in the sugarcane belt of Western Uttar Pradesh. Ajit Singh had followed his father and former Prime Minister Chaudhary Charan Singh into politics.

Before joining politics he was a computer scientist and had even worked with IBM. He passed out of IIT Kharagpur before getting his M.S. from Illinois Institute of Technology. He is survived by his wife, Radhika Singh and two daughters apart from Jayant Chaudhary.

He had opened his political career when he was elected to Rajya Sabha in 1986. His first ministerial berth came in the year 1989 in VP Singh’s cabinet. Since then he has been a minister in various governments including those of PV Narsimha Rao, Atal Bihari Vajpayee and Manmohan Singh.

His politics stemmed from the rural hinterland of Western Uttar Pradesh especially the agrarian communities including Jats and Muslims, a constituency that his father Chaudhary Charan Singh had built in the 1960s.

Tributes poured in from all quarters at the demise of Ajit Singh, with Prime Minister Narendra Modi saying that Ajit Singh was “devoted to the interests of farmers all his life”.