RL Bhatia, a Congress veteran and six-time former Amritsar MP, passed away at the age of 100

Raghunandan Lal Bhatia, a six-time Member of Parliament from Amritsar and a Congress leader, took his last breath after a brief illness on Saturday at the age of 100, at a private hospital in Amritsar. 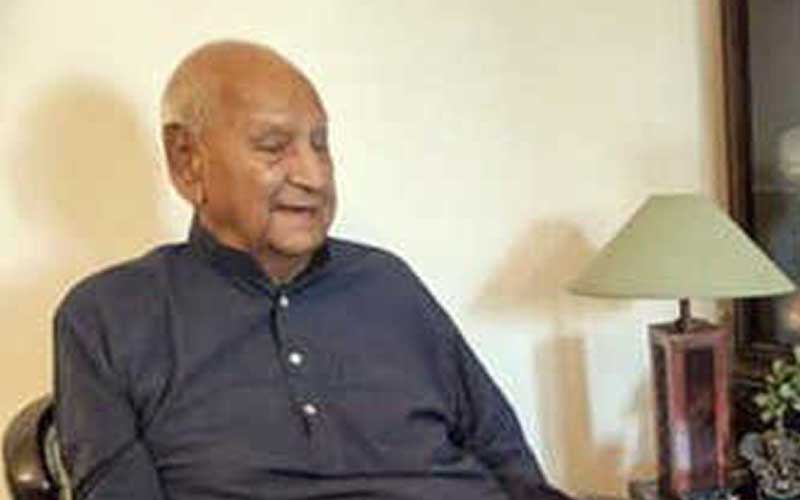 Raghunandan Lal Bhatia, a six-time Member of Parliament from Amritsar and a Congress leader, took his last breath after a brief illness on Saturday at the age of 100, at a private hospital in Amritsar.

Captain Amarinder Singh, the Chief Minister of Punjab, expressed his condolences for the death, saying, "Raghunandan Lal Bhatia Ji, former Governor, Senior Congress Leader, and six-time MP, has passed away. In this time of grief, my thoughts and prayers are with his family. Will his soul find eternal peace."

Saddened to lose former Governor & Senior Congress Leader & six-time MP, Raghunandan Lal Bhatia Ji. My thoughts and prayers are with his family members in their hour of grief. May his soul rest in peace.

Bhatia was first elected to the Lok Sabha in 1972 from the Amritsar parliamentary constituency, and was re-elected as a member of the Indian National Congress in 1980, 1985, 1992, 1996, and 1999 from the same seat. During his time in the Lok Sabha, Bhatia served as a delegate for India at the United Nations, attending the 7th NAM summit in Delhi in March 1983, the Commonwealth Heads of Government Meeting in New Delhi in November 1983, the Sixth SAARC summit in Colombo in 1991, and the 5th meeting of coordinating countries of the action programme for non-governmental economic cooperation in non-communist countries in Colombo in 1991.

Bhatia took over as Governor of Kerala after the death of Sikander Bhakt in 2004. After four years in that position, Bhatia was appointed Governor of Bihar on June 26, 2008, replacing Bihar Governor R. S. Gavai. In 2009, he left the office and led a private life.

As a senior member of the Congress, Bhatia held a number of positions within the organisation, including Punjab unit president and general secretary.