Sharing old memories with Sushant, Riya Chakraborty wrote, "I miss you every day..." Along with this, Riya has also created a heart emoji. This post of Riya Chakraborty has become viral within minutes. In these pictures, Riya and Sushant are seen completely lost and having fun in each other. 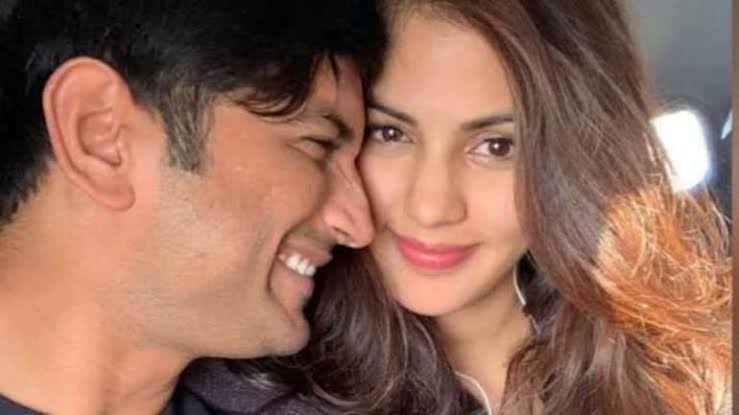 It has been two years since the death of Bollywood actor Sushant Singh Rajput. In such a situation, all the fans are paying tribute by remembering him through social media. Meanwhile, actress and Sushant Singh's girlfriend Rhea Chakraborty has also shared some unseen pictures remembering Sushant through Instagram.

Rhea is giving a cute pose sitting behind Sushant, while the innocent smile on Sushant's face is not taking anyone's eyes off. On the other hand, in the second picture, Sushant is posing like a child with a cute flower behind his ear, and Rhea sitting near him is admiring his action. Both are seen enjoying themselves in the open field.

On the other hand, if we talk about his third picture, then it is very special. In this picture, Rhea is seen kissing Sushant and Sushant is taking a smiling selfie. Fans are very fond of this bonding of both. In the fourth and last picture, Sushant is holding Rhea in his arms and Rhea is pointing towards the rainbow.

This post of Rhea is becoming very viral and this unseen picture of Sushant is making fans emotional once again. In the comment section, all social media users are paying tribute to Sushant.