With a career-high sixth place, Rishabh Pant became the first Indian wicketkeeper to make the top ten of the ICC's Test rankings. 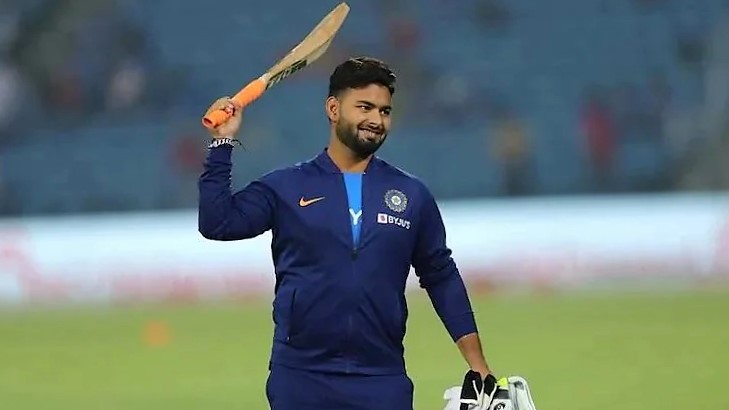 Rishabh Pant has become the first Indian wicketkeeper to make it into the top ten of the ICC batsmen's Test Rankings. And, he is placed 6th in the ICC Test batting charts. He has been exceptional in India's last two-Test series, in Australia and at home against England. Also, Pant scored his third Test century during this time frame, with a counter-attacking century against England in the final Test in Ahmedabad. Delhi Capitals, his Indian Premier League (IPL) team, congratulated him on the achievement on Social media.

Moreover, Pant has turned things around in the last six months after being dropped from India's white-ball squad for their tour of Australia following a quiet IPL 2020 season. He smashed two vital half-centuries against Australia, one securing an unlikely draw in Sydney and the other securing a victory against all odds at the Gabba.

He scored 92 against England in the first Test and an undefeated 58 in the second.

In addition to that, Pant hit a match-winning century in the fourth Test to help India win the series 3-1 after a low-scoring third Test in Ahmedabad. And, he shone in the ODI series that followed after some quickfire cameos in the T20 International series.

Came in for the injured Shreyas Iyer in the second ODI upon being left on the bench in the first, he hit a swashbuckling 77 off 40 deliveries. Plus, in place of Shreyas Iyer, Pant has been named as the new captain of the Delhi Capitals for the 2021 IPL season.

Besides, in the series decider, he hit a watchful 62-ball 78 to help the hosts avoid a collapse.

Pant aided the Delhi Capitals to a second-place finish in the table before the tournament was postponed indefinitely on Tuesday due to a number of incidents involving players and personnel.