Riots in Belgium Over defeat in Football World Cup, Moroccans riot in celebration of Morocco’s win against Belgium

As per Local Journalist Eva Vlaardingerbroek, "Moroccan migrants are rioting and setting cities on fire all over Europe because they won a football game against Belgium." 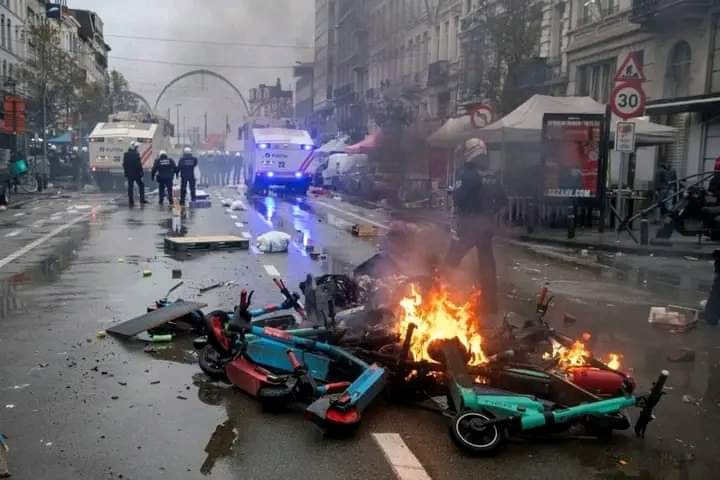 Riots broke out in Belgium after losing 2-0 to Morocco in the ongoing Football World Cup in Qatar. Fans ransacked and burnt vehicles in the capital Brussels.

Police had to use tear gas and water cannon to control the angry fans. A policeman said that 12 people have been detained. Some fans were vandalizing with Moroccan sticks in their hands. Some protesters set ablaze cars and some electric scooters. Riots took place at many places.

As per The New York Times, "Riots erupted in the heart of Brussels and several other Belgian cities on Sunday after Belgium was upset by Morocco, 2-0, at the World Cup."

Journalist Amy Mek says "Colonized Brussels: Moroccan Migrants Celebrate Their Team's World Cup Victory Over Belgium with Riots. One-third of the country’s population is of foreign origin; in Brussels, Belgians are the minority.