Many business constraints, such as restaurants, bars, and cinemas, will be lifted in many Italian regions starting Monday, as the government is gradually lifting the coronavirus restrictions in low-infection areas. 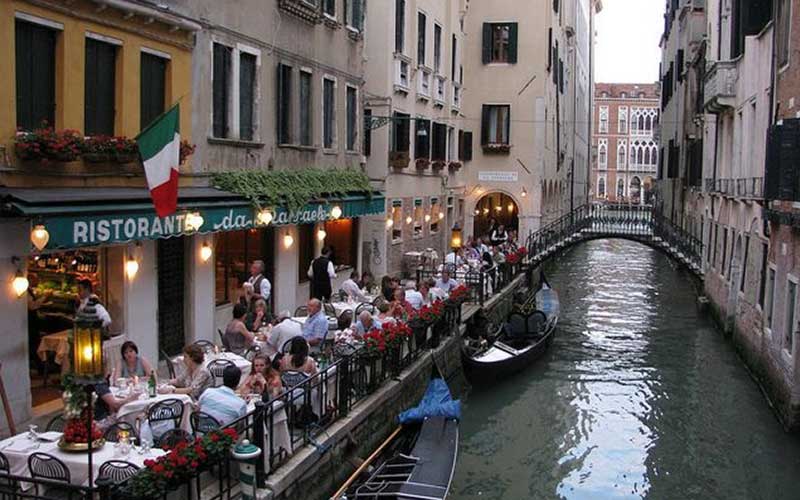 Many business constraints, such as restaurants, bars, and cinemas, will be lifted in many Italian regions starting Monday, as the government is gradually lifting the coronavirus restrictions in low-infection areas.

14 of Italy's 20 regions, including Lazio, which is located in the centre of Rome, and Lombardy, which is centred on Milan, will be designated as moderate-risk yellow zones on April 26 after weeks of being designated as higher-risk orange and red zones, according to the health ministry.

This implies that restaurants and bars in such areas will be able to resume outdoor table service after previously only being permitted to sell takeaways, whereas some have already begun setting up tables and preparing food in preparation for the move.

Furthermore, Cinemas, theatres, and concert halls will be allowed to reopen on Monday in the yellow zones, but with strict attendance restrictions. They have been closed since October of last year.

"Monday is like the first day of school for me," said chef Marco Martini, who called his Rome restaurant Marco Martini.

Italy, which has the second-highest number of coronavirus deaths in Europe, reintroduced stern national curbs last autumn when the country was struck by the second wave of cases.

It then implemented a four-tier, colour-coded system based on local infection levels, but for the past six weeks, the entire country has been placed in red or orange zones to relieve pressure on hospitals and enable the vaccination campaign to gain traction.

According to the sector lobby FIPE, Italian restaurants lost 37.7 billion euros ($45.5 billion) in 2020 as a result of the coronavirus epidemic, accounting for roughly 40% of their annual sales.

Moreover, the government decision on maintaining a nightly curfew of 10 p.m. (2000 GMT) amid calls from coalition parties and regional governors to raise it to 11 p.m. has angered some restaurateurs, who had hoped for a complete reopening.

People in Italy are used to eating supper between 8.30 and 9.30 p.m., so keeping an early curfew was supposed to discourage diners. "To be honest, I would have extended the curfew at least a little bit... not everyone is able to change their habits," Martini said.