Governor Solodov informed that there were no indications of the passengers or their baggage. He further added, “There was a catastrophe during the go-around approach for landing.” 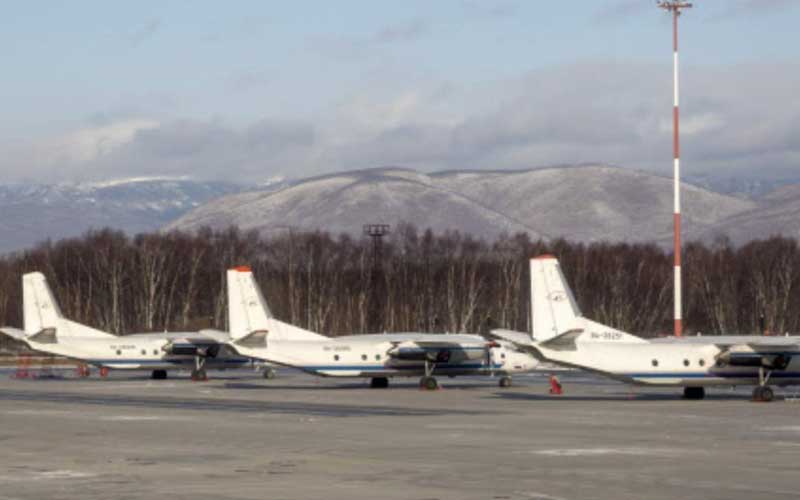 According to agency news reports, Russian rescue officials confirmed on Tuesday that no survivors had been found after an aircraft carrying 28 passengers crashed earlier in the day in the country's far eastern area.

The AFP reported that the search for rescuers had been suspended due to the approach of night, citing unnamed sources from the Russian ministry of emergency situations.

Search and rescue crews have recovered parts of the plane's wreckage. Parts of the fuselage have been discovered along the shore and in the Sea of Okhotsk, according to Kamchatka Governor Vladimir Solodov.

According to the emergencies ministry, the Antonov An-26 twin-engined turboprop was on its way from Petropavlovsk-Kamchatsky to Palana, a village in the north of the Kamchatka peninsula, when it lost touch with air traffic control.

After the emergencies ministry despatched a helicopter and employed teams on the ground to hunt for the missing plane, Russia's civil aviation authority reported that the plane's crash site had been discovered.

As per the TASS news agency, which cited the Federal Agency for Air Transport, the accident location is roughly four to five kilometres from the air strip.

Governor Solodov informed that there were no indications of the passengers or their baggage. He further added, “There was a catastrophe during the go-around approach for landing.”

The rescue activities are challenging due to the location's geographical characteristics. The rescue operation has begun by the search group, a total of 26 rescuers and one all-purpose vehicle are involved in the effort.

The huge Kamchatka peninsula in Russia's far east, famed for its rich wildlife and active volcanoes, attracts adventure travellers. According to the government, the jet had 22 passengers and six crew members.