Deep Sidhu, an actor-activist, and other defendants in the Republic Day violence case were handed new summonses by a Delhi court on Tuesday. 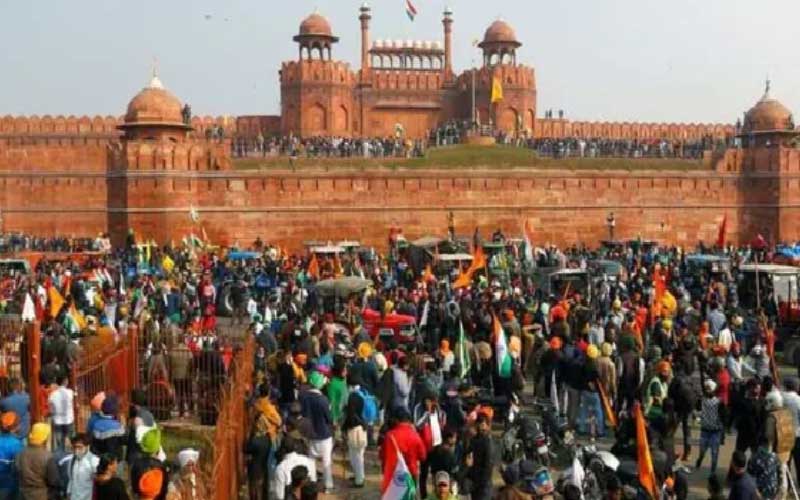 In connection with the Republic Day violence case at Red Fort, a Delhi court issued further summonses to Deep Sidhu and others on Tuesday. The matter will be heard again on July 12 by Chief Metropolitan Magistrate Gajender Singh Nagar. Meanwhile, based on the summons issued against him, accused Harjot Singh appeared before Delhi Court via video conference.

When the counsel informed the Court that the summons had not been served on Sidhu and the other defendants, the Court issued new summonses. Chief Metropolitan Magistrate Gajender Singh Nagar had issued summons to Deep Sidhu and others on June 19, after taking cognizance of the charge sheet, and asked them to appear before him through video conference on June 29. Maninder Singh and Khempreet Singh, who are currently in judicial custody, were also served with a production warrant by the court. Both of them were practically placed before the Court today.

The Court stated that it is taking cognizance of the charge sheet pertaining to various provisions of the Indian Penal Code, except for those parts for which approval has not yet been granted. Concerned authorities are still awaiting sanctions under the Epidemic Diseases Act and the Disaster Management Act. Deep Sidhu and others are mentioned as defendants in the charge sheet.

On May 17, the first charge sheet was presented to a magistrate in Tis Hazari Court. Deep Sidhu, Iqbal Singh, Maninder Moni, and Khempreet are among the 16 people implicated in the case. The Delhi Police have opened an investigation into accusations of sedition, rioting, violence, attempted murder, and dacoity. The case was later transferred to the Delhi police's crime branch. The charge sheet is around 3000 pages long. The charge sheet also includes the names of some farmer leaders.

The suspect, in this case, Deep Sidhu, was later released on bail. He allegedly instigated the mob not to follow the Kisan parade's allowed path and to breach barricades with tractors on January 26, according to Delhi Police. Sidhu entered Red Fort with supporters holding lathis and flags, according to video evidence presented before the court by Delhi Police. He was also at the fort's rampart, where a flag was raised, according to Delhi Police. During the farmers' tractor rally on Republic Day, demonstrators burst over barricades to enter Delhi, battled with police, and vandalized property in numerous districts of the national capital.

They also went into the Red Fort and raised their flags on the ramparts. Farmers have been protesting at the national capital's various borders since November 26 in opposition to three newly enacted farm laws: Farmers' Produce Trade and Commerce (Promotion and Facilitation) Act, 2020; Farmers Empowerment and Protection) Agreement on Price Assurance and Farm Services Act, 2020; and Essential Commodities (Amendment) Act, 2020. In connection with numerous cases about Republic Day violence, the crime branch, special cell, and local police registered a total of 43 distinct crimes, and over 150 people were arrested.