Kaabil Singh has fettered himself. Hands and feet are tied in iron chains. The chains are hanging from the waist. For the past one year, they are imprisoned in similar fetters. 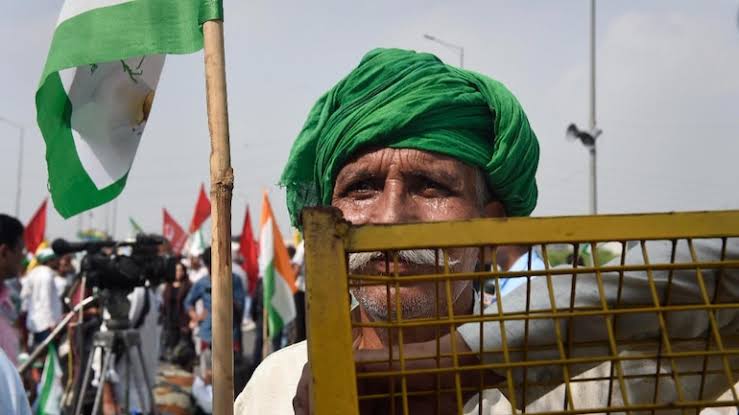 Kaabil Singh has fettered himself. Hands and feet are tied in iron chains. The chains are hanging from the waist. For the past one year, they are imprisoned in similar fetters. Kaabil Singh is happy that now he will be able to be free. Kaabil Singh, who was involved in the farmers' movement on the Singhu border of Delhi, had imprisoned himself in fetters while expressing anger against the three controversial agricultural laws of the central government. He swore that he would not untie his shackles until the three laws were returned.

Kaabil Singh says, 'I have never said anything for Modi or the government in the last one year. Now I thank Modi that he understood our point. We hope that they will listen to us on MSP also and this movement will end. They want that when the farmers' movement ends, they go to the stage and free themselves from this imprisonment in the presence of the farmers' leaders.

Kaabil says, 'These chains of mine are a symbol of the slavery of farmers in independent India. India may have become free, but farmers are slaves. Till the time the farmer is not free, the country will not progress.

Prime Minister of India, Narendra Modi, while addressing the country on Friday, announced the withdrawal of three controversial agriculture laws. This sudden decision of the Prime Minister has cleared the way for the end of the farmers' movement, but the farmers have not gained much from it. Kaabil Singh says, we have incurred a lot of expenses and losses in the last one year. The farmers were sitting on the front leaving everything behind. He himself was bearing the expenses here.