Remembering the Struggle and Sacrifice of Jesus Christ on ‘Good Friday’ 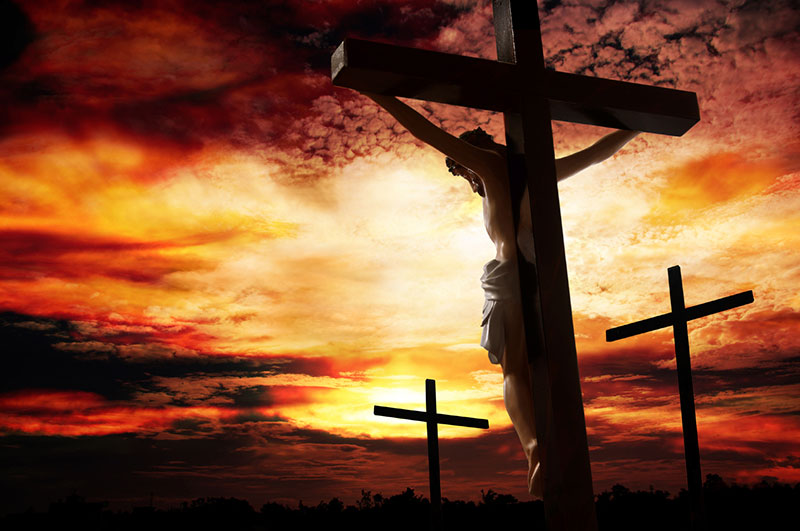 Jesus was preaching compassion, benevolence, peace, and non-violence to the people 2000 years ago in the Galilee province of Jerusalem. And, as a result of his teachings, the people there began to believe him to be God. The religious leaders, who spread religious superstitions there, started ridiculing him.

When the Lord Jesus was crucified on the cross, the increasing prominence of Jesus among the people frightened the hypocrites. He complained to Pilate, the king of Rome, about Jesus. He told Pilate that this young man, who describes himself as a son of God and speaks of God's kingdom, is a sinner. Jesus was charged with treason and contempt of faith after receiving the complaint. On the cruise after that, Jesus was given an order. Jesus was hanged on the altar, throbbing with nails, after tossing a whip and wearing a crown of thorns. Golgotha is the biblical name for the location where Jesus was crucified.

On Good Friday, Prime Minister Narendra Modi commemorated Lord Jesus Christ's struggle and sacrifice. On Twitter, he said that Good Friday reminds us of Jesus Christ's struggles and sacrifices. A perfect example of mercy, dedicated to serving the poor and caring for the sick. And, according to the Bible, the holy book of Christianity, Jesus Christ was crucified. Every year in March or April, it is commemorated. On this day, people remember the Lord Jesus. It is commemorated on the Friday preceding Easter Sunday.

According to common belief, three days after the crucifixion, Jesus Christ again began to give a message to the people who had appeared. As a result, Easter is observed on the third day of Good Friday, i.e. Sunday.

Aside from PM Modi, many ministers and politicians shared their message on Good Friday by tweeting.

Rahul Gandhi, chairperson of the Indian Youth Congress on Twitter said: "Let this Good Friday be a reminder of the power of compassion, love and empathy."

Chief Minister of Delhi, Arvind Kejriwal also took to Twitter to wish citizens Good Friday. He wrote, "This Good Friday, I join you all in remembering Jesus Christ's message of love & forgiveness. May his grace be with you."

Like every year, this year, on Good Friday people pray in a church in Panaji, also known as Panjim, capital of Goa, in southwest India. Thermal screening of visitors is being conducted in view of the coronavirus pandemic. Furthermore, for hand sanitizing, a touchless hand sanitizer dispenser has been installed at the gate.