1960s dashing handsome, dimpled hero with his unusual curls was every bit romantic, a nation's heart-throb. From his looks and mannerisms, the dapper Shashi Kapoor made hearts flutter and millions of women fell in love with him 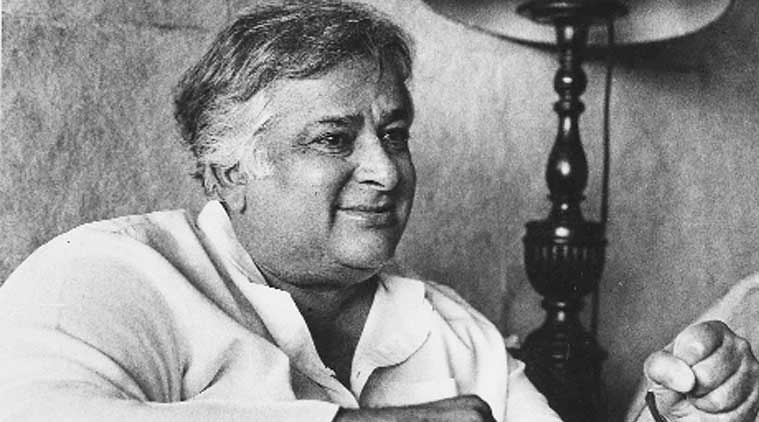 The decade of 1960s has witnessed a plethora of heroes, and many of them were pretty successful, such as Shammi Kapoor, Biswajeet, Rajendra Kumar, Joy Mukherjee, Pradeep Kumar among others had a constant fan following. And there were already established actors and stars like Raj Kapoor, Dilip Kumar and Dev Anand. However, there was one who had the epitome of charm. He was Shashi Kapoor, who’d love to read Camus, Heidegger and Sarte in between breaks. That intense reading along with the deep understanding of Shakespearean characters, thanks to his wife Jennifer Kendal, Shashiji surfaced as an actor with oceanic depth.

Unlike his elder brother Shammi Kapoor, Shashi Kapoor had a very serene presence, which was far from being boisterous. With sparkling eyes, mesmerising smile and an unmatched aura, he was one of the charming Bollywood actors that made everyone spellbound. Born as Balbir Raj Kapoor on 18th March 1938, Shashi Kapoor was the youngest brother of the famous Kapoor brothers of Bollywood. He made his screen debut as a child actor in elder brother Raj Kapoor's directorial "Aag" (1948). And in 1961, he debuted as a full-fledged hero in Yash Chopra's film "Dharmputra". The legendary actor featured in over 116 movies. Out of these, 61 were as the lead hero and 55 were multi-starrer movies, whereas, he was a supporting actor in the rest 21 movies. In fact, he also made special appearances in 7 films. As a producer, Shashiji worked on films such as "Junoon", "Vijeta" and "36 Chowringhee Lane". And later on, he made his directorial debut with "Ajooba" in 1991.

For his contribution to Indian cinema, he was honoured with four National Film Awards. Shashiji was also the recipient of the Padma Bhushan and the Dadasaheb Phalke Award, he was an exceptionally talented persona with an extremely prolific career. And films like "Satyam Shivam Sundaram", "Deewar" and "Kabhie Kabhie" were some of his iconic films. However, in 2017 he died fighting liver cirrhosis.

Shashi Kapoor's co-star Tina Munim remember him on his 83rd birth anniversary: 'Miss your presence and the old days'

They just don't make them like Shashi Kapoor anymore. Debonair, handsome, erudite and fabulous. Miss your presence and the old days. Toasting your birthday. pic.twitter.com/kInGUurMLa

Actor Shabana Azmi also took to Twitter to remember the late actor on his birth anniversary.

Remembering #Shashi Kapoor on his birthday with live and respect . He would have been 83 today pic.twitter.com/gsZj2uWqt7

Taking to Twitter and posting a picture together with Shashiji, Raj Babber wrote: "Remembering #ShashiKapoor ji on his 83rd Birth Anniv. He was a man with gifted looks and an equally noble soul. The opportunities I had to collaborate with him were greatly rewarding & shall ever remain a treasure for me. Legends are forever."

Remembering #ShashiKapoor ji on his 83rd Birth Anniv. He was a man with gifted looks and an equally noble soul. The opportunities I had to collaborate with him were greatly rewarding & shall ever remain a treasure for me. Legends are forever. pic.twitter.com/oi5f7b5ApC

Aseem Chabbra, author of "Shashi Kapoor: The Householder, The Star" tweeted: "handsome, talented and also such a nice man - how was it even possible?"

Someone this handsome, talented and also such a nice man - how was it even possible? #HappyBirthdayShashiKapoor #NewDelhiTimes (thanks to @rameshfilms for this image) pic.twitter.com/kEC34KyWqU