“T20s on March 16, 18 and 20 will be played without an audience at Narendra Modi Stadium in Ahmedabad. We will form the policy of refunds to the spectators who have already purchased the tickets for these three T20s,” Dhanraj Nathwani, vice-president of Gujarat Cricket Association said in a press release 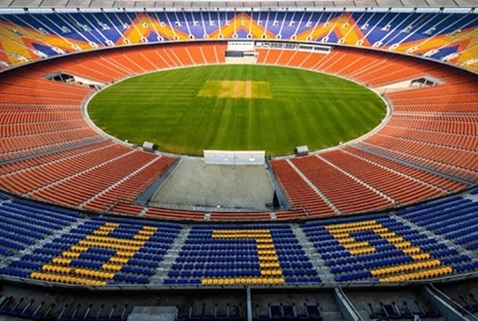 The remaining of the 3 out of 5 T20 international matches between India and England will be played behind closed door without the presence of any spectators, in Ahmedabad. This decision comes to light after witnessing the increasing number of COVID19 cases, which was followed by consultation between GCA and BCCI.

“T20s on March 16, 18 and 20 will be played without an audience at Narendra Modi Stadium in Ahmedabad. We will form the policy of refunds to the spectators who have already purchased the tickets for these three T20s,” Dhanraj Nathwani, vice-president of Gujarat Cricket Association said in a press release. “Those who have received complimentary tickets are requested not to visit the stadium.”

The decision was preceded by the Ahmedabad Municipal corporation ordering the shutting down of shops, restaurants and malls after 10pm in 8 wards of the city in efforts to curb the spread of COVID19.

The BCCI secretary Jay Shah said, "The decision was arrived at following detailed discussions with the state and local health authorities. The BCCI will continue to comply with all the regulations put in place to curb the spread of the Covid-19 virus and will always put the health and safety of its fans and stakeholders at the top."

The English side has taken the decision in stride with the English and Wales Cricket board releasing the following statement, “Aside from meaning there will be considerably less noise in the stadium it doesn't materially affect us as we remain in our bubble and even when crowds were in attendance, we never came into contact with any of them, and the ball was sanitised whenever it was hit into the stands.”

Both the sides are to play a match today which would break the series from the ongoing tie, giving the fans something to look out for. The news of ‘playing behind closed door’ is alarming for not only cricket fans but BCCI officials as well considering IPL 2021 season is just on the corner, starting from 9th of April. It will be interesting to see what the upcoming season holds for the cricket community.