Reform not enough, scrapping the entire Sedition law is the only way forward

The basic purpose of the law is to punish the guilty. But during the enactment of law do we ponder enough about its misuse and do we also frame laws keeping in mind to punish the guilty and protect the innocent. Likewise, it is also important to find out why the Sedition law was designed and to what extent it has served the purpose? 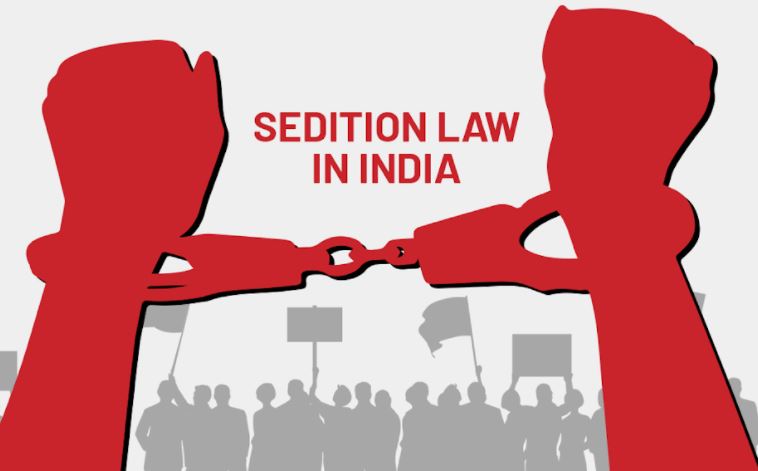 The debate on misuse of sedition law gained roots even before Independence. Since then people from all walks of life have demanded scraping of the entire law. Very recently it was once again debated when sedition case was registered against filmmaker Aisha Sultana of Lakshadweep.

On 3 June, the Supreme Court quashed the sedition case against Vinod Dua while citing 1962 Kedar Nath Singh judgment. The 1962 judgment of the Supreme Court ruled that the citizen has a right to say or write whatever he likes about the government. Earlier in February, 2021 bail order of Disha Ravi case and the dismissal of PIL against former Chief Minister Farooq Abdullah facing charges under the sedition Act by the Supreme Court had raised question mark on the use and misuse of sedition law.

The court while granting bail to Disha Ravi had said, “Difference of opinion, disagreement, divergence, dissent, or for that matter, even disapprobation, are recognized legitimate tools to infuse objectivity in state policies. An aware and assertive citizenry, in contradistinction with an indifferent or docile citizenry, is indisputably a sign of a healthy and vibrant democracy." In the Farooq Abdullah case, the bench of the Supreme Court observed, “Expression of views which are different from the opinion of the government cannot be termed as seditious.”

As per NCRB data, in between 2016 to 2019, there was 160 per cent increase in the filing of sedition charges with a conviction rate of just 3.3 per cent. Of the 96 people charged in 2019, only two was convicted. Every Law is formulated to serve a definite purpose. The basic purpose of the law is to punish the guilty. But during the enactment of law do we ponder enough about its misuse and do we also frame laws keeping in mind to punish the guilty and protect the innocent. Likewise, it is also important to find out why the Sedition law was designed and to what extent it has served the purpose?

The conviction rate in the sedition cases can hold ground about the effectiveness, implementation, and misuse over the years. The conviction rate so far has been between 3 to 4 percent which can fairly substantiate the claim made about its misuse. However, it would be reasonable to say that Misuse of Draconian Sedition Law Undermines Democratic Credentials. The framers of the Constitution in order to uphold the idea of democracy had envisioned that India should shun the word sedition from its statute books.

According to Raja Bagga, Senior Researcher at Police Reform Programme, Commonwealth Human Rights Initiative, New Delhi, “There has been a sharp increase in sedition cases being slapped on human rights activists, academicians, lawyers, journalists, and others in the last few years with the singular intention to curb dissent. Sedition is a draconian law rooted in the colonial past which has no place in a nation has committed to democratic practices. And it is also not just the existence of the law under Sections 124A, 153A and 505 of the Indian Penal Code, but also about how it is being misused - raising slogans and social media posts criticising the government are being framed as seditious acts.”

Bagga added, “The Supreme Court on 18 June, while hearing the appeal on the Delhi High Court order on UAPA charges against student activists, said that the interpretation of UAPA has pan -India ramifications and therefore it will decide the matter ' for the good of the entire country'. Hope the top court acknowledges how sedition laws are being misinterpreted and misused too and recognises its impact on the right to free speech and expression.”

Justice Iqbal Ansari, former Chief Justice of Patna High Court and presently Chairperson of Punjab State Human Rights Commission said, “For sedition, at least there has to be some incitement or instigation for violence which is likely to disturb the public order. Sedition is not for any kind of law and order situation. Sedition is for public order where the community as a large gets involved. Merely, if one disagrees with the government, one may not become anti-national. There is a difference between the state and the government. The government will change but the state will remain constant. So my disagreement with the given government does not mean I am anti-national. When I am not anti-national then there is no question of sedition.”

“The Supreme Court had long ago in 1962 itself read down the section 124-A to very narrow terms. Despite the Supreme Court’s judgment government and policemen often find it a useful tool of harassment and therefore they launch these prosecutions by filling FIR and arresting people knowing fully well that they are unlikely to succeed finally in a trial. This is a useful section where a process itself is a prosecution and punishment. The debate quite properly must be whether the law itself should be allowed to continue. I do not think the sedition law has any place in a modern democracy. It has to be done away whether it is done away by parliament or whether it is struck down by Court. It is an anachronism which should not be allowed to endure much longer, said Sanjay Hedge senior Supreme Court Lawyer.

Hedge added, “I think scrapping sedition law entirely is the only way forward. There is absolutely no way of reforming it or trusting any set of policemen with any version of the law. Therefore, scrapping it is the only solution and in any event in the case any speech of disaffection has violent consequences there are other provisions of the IPC to deal with it. As far as sedition law is concerned the country must consider that dissent is a very important safety valve in a democracy when you shut down dissent by harsh and oppressive laws whether it is by misapplication of sedition laws of misapplication of UAPA you shut down democracy itself and that is very dangerous. Government by their very nature has to be very limited government, limited by the laws and Constitution and institutions that enforce them.”

M R Shamshad, advocate-on-record at the Supreme Court of India while sharing his perspective said, “This law is based upon colonial mind-set. For simple statements, a citizen is booked, arrested and prosecuted for sedition charges. Most of these proceedings end up with acquittals and only 3 to 5% conviction takes place. The convictions are based upon loosely worded vague provision in IPC. Despite such a high rate of acquittals, the law continues as there is no accountability of public authority towards citizen’s rights and personal liberty.”