The cherry on the cake was Harshal Patel hitting the winning run truly earning his man of the man award for his five-wicket haul. It seems RCB has finally found their long missing death over bowler in Patel which is likely to impact their game positively. 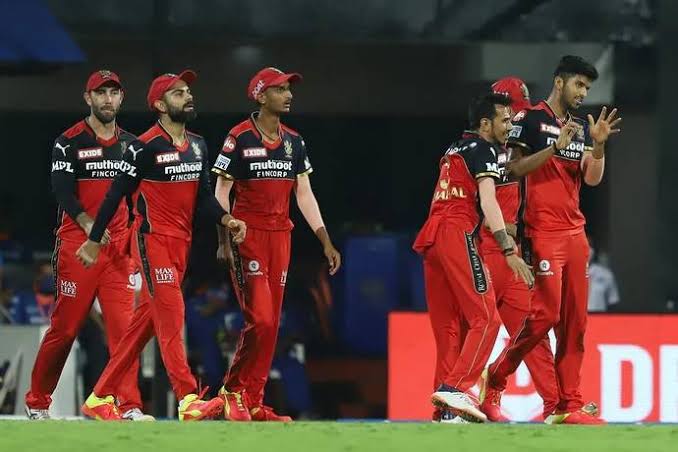 Mumbai Indians, the defending champions and Royal Challengers Bangalore saw each other play some intense game of cricket in the inaugural match of the 14th edition of the Indian Premier League on Friday. Virat Kohli’s RCB won the game by two wickets with Harshal Patel hitting the winning stroke adding to his already stunning bowling performance of five wickets.

Kohli won the toss and chose to field first, this was followed by Rohit Sharma and Chris Lynn, who was marking his franchise debut, open the batting for Mumbai Indians. All seemed good until Sharma got run out by Kohli due to confusion between the two openers while picking up a run between the wickets.

Lynn did go on to score 49, missing the chance to score a half century with the aid of 4 boundaries and 3 sixers. Suryakumar Yadav who was coming off a brilliant T20 international debut hit Jamieson for a four immediately, proving his batting class. But Yadav soon departed off a ball by Jamieson which was caught by AB de Villiers after scoring 31 runs. Ishan Kishan and Hardik Pandya kept the Mumbai Indians’ boat afloat but this was punctuated by some amazing wicket taking skills of Harshal Patel, who dismissed 5 batsmen including Kishan, Pandya brothers. Pollard and Marco Jenson. Mumbai Indians only managed to put up 159/9 on the scoreboard.

Royal Challengers found their saviours in the outstanding batting line-up of Kohli who hit a decent 33 with 4 boundaries to his name, Glenn Maxwell the latest Rs 14.25 crore buy of RCB, hit an impressive 39 and the invincible AB de Villiers who carried his team over to victory with 48 runs of pure cricketing brilliance on display, parading the Chennai pitch with a boisterous strike rate of 177.78.

The cherry on the cake was Harshal Patel hitting the winning run for RCB truly earning his man of the man award for his five-wicket haul. It seems RCB has finally found their long missing death over bowler in Patel which is likely to impact their game positively.

Captain of the winning side RCB was impressed by his team’s efforts and said, “We won the first match last year as well that we played. It was important to play against the strongest side in the competition and test our side. Everyone was involved in this game, and when you win by two wickets, it means that everyone has gone in and played. “