Raveena Tandon Clarifies on Her Tiger video controversy: Says 'No one can guess how the tiger reacts'

Actress Raveena Tandon has invited trouble for herself as a video of her in close proximity to a tiger, while on a safari, goes viral. 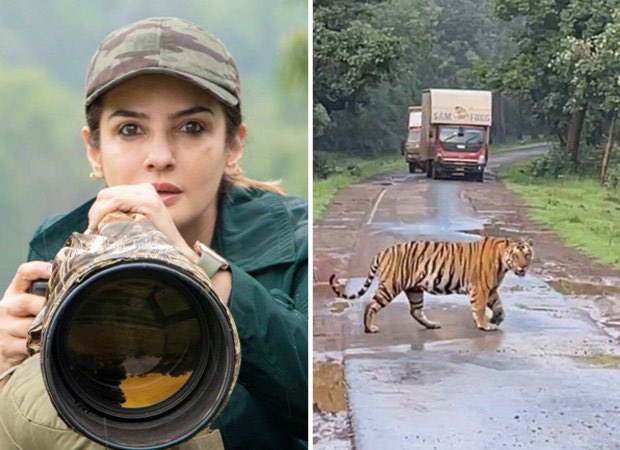 Bollywood actress Raveena Tandon is embroiled in controversy owing to an action she might never have anticipated would result in turmoil. The actress recently shared a video on social media, in which she was seen enjoying a safari in the Satpura Tiger Reserve in Madhya Pradesh. During the safari, however, her jeep can be seen very close to the tiger which erupted a controversy around her being too close in proximity to the wild animal.

The actress took to socials and shared the pictures writing, "Got beautiful shots of Sharmilee and her cubs in Tadoba. Wildlife shots are unpredictable due to the unreadable nature of our http://subjects.One tries to be silent and capture the best moments. Video Shot on Sony Zoom lense 200/400."

After the controversy, Raveena reacted to this and said in her clarification that the vehicle in which she was traveling was a licensed vehicle of the Forest Department and the guide and driver were also present with her.

In her first post, Raveena shared clips of a news channel report and captioned it as 'A tiger had come near the deputy ranger's motorcycle. No one can tell when and how Tiger will react. This is a licensed vehicle of the forest department, it has its guide and driver. Those who are so trained that they know the boundary and the law.

MP Chief Conservator of Forest JS Chauhan has said, "The video has also come to our cognizance. I've sought a report from the field director & on the basis of the report, further action will be taken.