Ravana of Delhi's Ramlila won the hearts of the people , users said that he should have been in the place of Saif in Adi Purush' 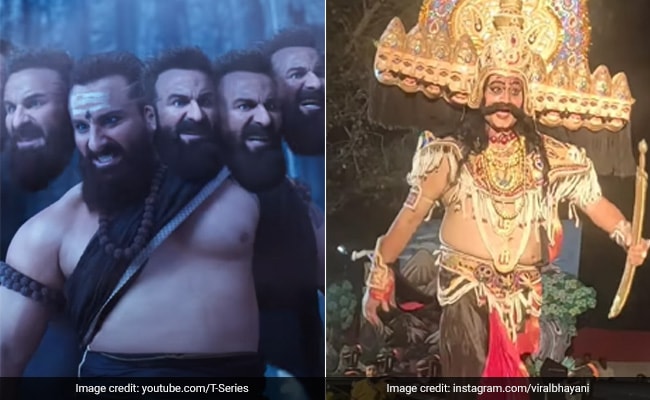 Ever since the teaser of the film 'Adipurush' has been released. Since then the film has been facing criticism regarding Ravana's character and VFX. Saif Ali Khan is playing the role of Ravana in the film. In such a situation, many people have raised questions about his look and character in the film. Users on many social media have also criticized the film fiercely. Meanwhile, the look of a Ravana from Delhi's Ramlila has come to the fore, after which many social media users are telling Ravana of Delhi's Ramlila better than the film 'Adipurush'.

One of the social media users wrote in his comment, 'Yeh Ravan had to take Saif's place.' Another wrote, 'It should have been cast in Aadipurush.' Another wrote, 'This is much better than Adi Purush's Ravana.' Apart from this, many other social media users have commented on the video. After watching the teaser of the film Adipurush, many people have compared the film to a video game. At the same time, some very bad VFX has been told. In the film, Prabhas is in the role of Lord Ram, Saif Ali Khan Ravana, Kriti Sanon Sita and Sunny Singh in the role of Laxman.