After a gap of two years following the COVID pandemic, this time the participation of devotees in the Rath Yatra has been allowed. 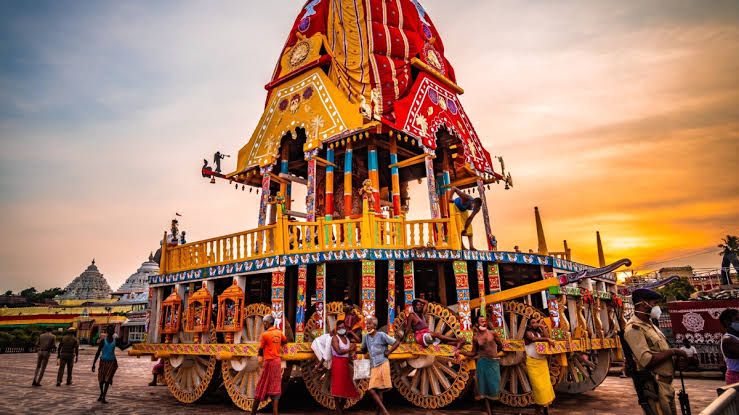 All preparations have been made in Puri for the Rath Yatra starting from today. After a gap of two years, this time the devotees has been allowed in the festival. The 'Pahandi' ritual for Jagannath Rath Yatra has started in Puri, Odisha.

On the occasion, Prime Minister Narendra Modi tweeted, "Congratulations on the special day of Rath Yatra. We pray to Lord Jagannath for his continued blessings. May we all be blessed with good health and happiness."

A devotee said, “We are here after 2 years. People's reverence and faith on Jagannath ji remains the same as it was always there. People say that pulling this chariot is a good feeling in itself. Whoever pulls this chariot, Jagannath ji has special grace on him.

In Bhubaneswar, an artist made a small Jagannath chariot out of chalk and matchsticks. Ale Ishwara Rao, artist said that last 2 years Rath Yatra was done without devotees but this time this Yatra is happening with devotees. I wanted to make something, so I made a 7.5 inch chariot which took 15 days. Union Home Minister Amit Shah took part in 'Mangala Aarti' at Lord Jagannath's temple in Ahmedabad, while Chief Minister Gujarat Chief Minister Bhupendra Patel also participated in the Rath Yatra Puja.