On Saturday, President Ram Nath Kovind was shifted to AIIMS, Delhi, from Army’s Research and Referral hospital for a planned bypass procedure which is supposed to be carried out on March 30, Tuesday 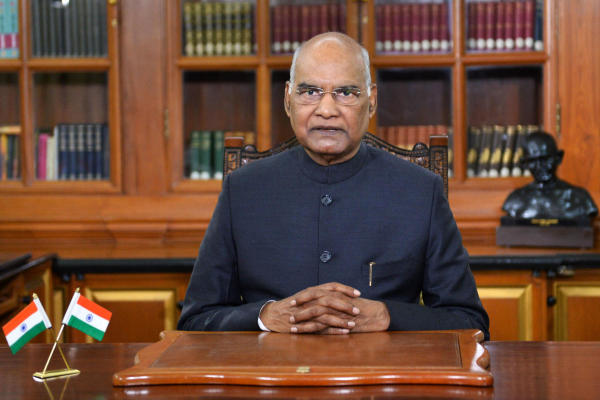 On Saturday, President Ram Nath Kovind was shifted to AIIMS, Delhi, from Army’s Research and Referral hospital for a planned bypass procedure which is supposed to be carried out on March 30, Tuesday.

The statement from Rashtrapati Bhavan confirmed that the President’s condition is stable and that he is under the care of experts.

President’s Secretariat in a statement informed that the President of India, Shri Ram Nath Kovind has been moved to the AIIMS, Delhi, on Saturday afternoon and after post investigations, doctors recommended undergoing a planned bypass procedure, which is dated to be performed on Tuesday morning 30th March 30. For now, the President's condition is stable and is under the care of the experts at the AIIMS.

At the Army Research and Referral Hospital on Friday morning, President Kovind went through a health check-up after a chest discomfort. And on Saturday afternoon, the President was referred to the AIIMS, Delhi for further investigation into his health condition.

The office of the President of India tweeted: "The President is being supervised by doctors after regular medical checkups. The President has expressed his thanks to all the well-wishers who have come to know about his health." Furthermore, President Kovind had been under observation at the hospital with chest comfort since yesterday.

Later on, in the late afternoon, the military hospital announced in a medical bulletin that the condition of President Shri Ram Nath Kovind is stable and he has been transferred to AIIMS, Delhi for additional examination.

Prime Minister Narendra Modi, who is on a two-day visit to Bangladesh, spoke to the President’s son yesterday to ask about his health. Whereas, on Friday, Defence Minister Rajnath Singh also called on President Kovind at the R&R hospital.

No Lockdown In 5 UP Cities by Supreme Court...