Rar in BJP in Himachal Pradesh, many leaders may join Congress

Prem Kumar is considered close to Dhumal. He was angry with the BJP for being ignored since the ticket was cut in the year 2017. Banjar assembly constituency comes under Chief Minister Jai Ram Thakur's home parliamentary constituency Mandi. 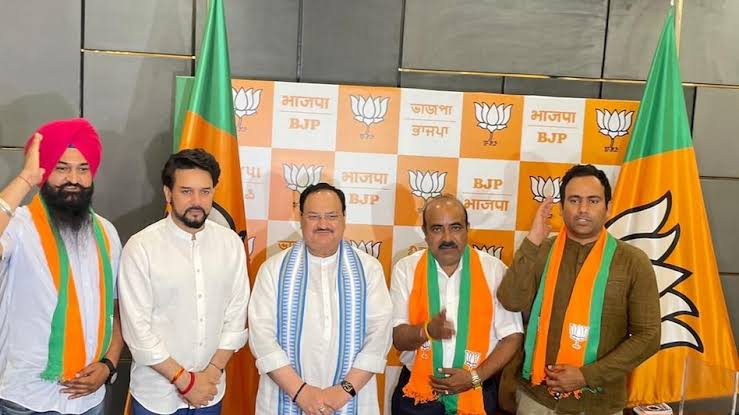 Khimi Ram had joined the Congress in the presence of All India Congress Committee (AICC) in-charge of Himachal Pradesh Rajeev Shukla, AICC secretary Sudhir Sharma and Tijendra Bittu. Welcoming Khimi Ram to the party, Pratibha Singh said that the party would be strengthened by his arrival. He said that people are fed up with the policies and decisions of BJP. He said that Congress is moving ahead with full force.

On Tuesday, former state president of Himachal Pradesh BJP and former forest minister Khimi Ram Sharma had joined the Congress. In the presence of state Congress in-charge Rajiv Shukla, Sharma joined the Congress in New Delhi. Khimi Ram, who has been the Deputy Speaker of the Legislative Assembly, is from Banjar assembly constituency of district Kullu. He was made the Forest Minister after BJP National President JP Nadda stepped down from the post of minister in 2011. Khemi Sharma Former Chief Minister Prof.