The interesting thing in this is that while the bullet train is running far behind its target, the rapid train will run before time. 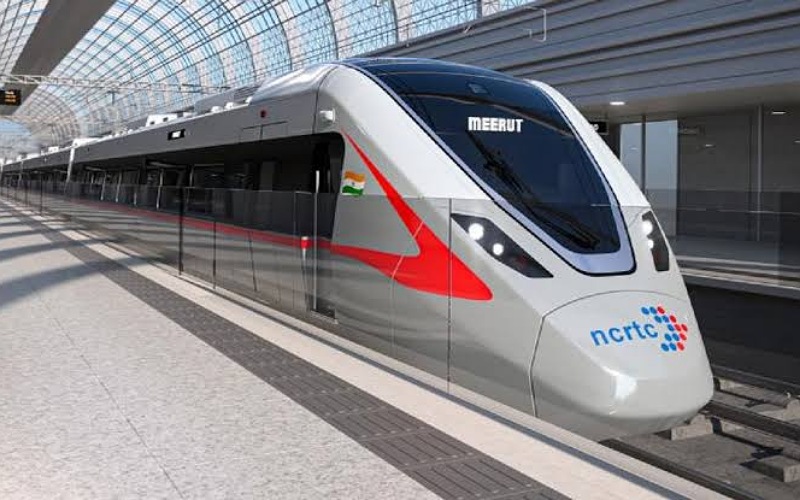 Vadodara (Gujarat) On the Delhi-Meerut corridor, a six-coach rapid train running between Duhai and Sahibabad in a few months has been prepared in just nine months. The special thing is that the rapid train will run on the track of the bullet train before the bullet train. For this also a blastless track is being laid.

The first train set of rapid train being built in Savli, Gujarat will be handed over to the NCR Transport Corporation on Saturday. According to the information, the foundation of the bullet train between Mumbai and Ahmedabad was laid in September 2018. It was targeted to start operations in 2022 but the work is going on now.

On the other hand, the foundation stone of Regional Rapid Transit System (RRTS) was laid in March 2019 and the priority section was targeted to run from March 2023. The work of this track is almost complete. The trial will also start very soon.

The speed of rapid train is up to 180 kmph. A cemented slab structure has been installed on this track. This will never derail the train. European norms are being followed for the safety and design of rapid trains.

Puneet Vats, Chief Public Relations Officer (CPRO) of the corporation explains that the inspiration for the external structure of RRTS is taken from the Lotus Temple in Delhi. This beautiful heritage site inspired engineers and designers to create lighting and temperature control systems to enrich the passenger experience and reduce energy consumption.