Rape accused Rohit Joshi is a member of the Rajasthan Pradesh Congress Committee. 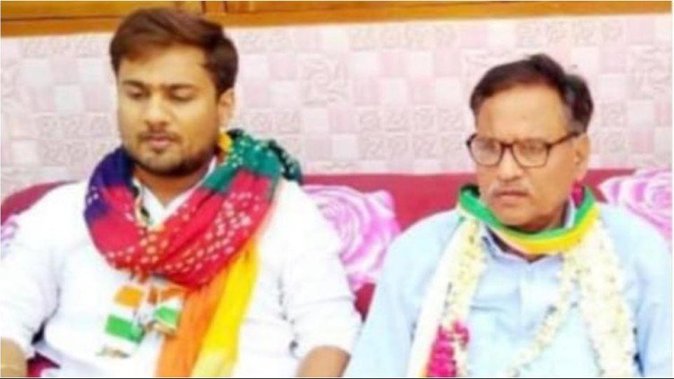 A 23-year-old girl from Jaipur has filed a rape case in Delhi against Rohit, the son of Dr. Mahesh Joshi, the water supply minister in the Rajasthan government. The victim has alleged that Rohit Joshi raped her several times by giving her intoxicants. Filled vermilion in the demand and gave the promise of marriage. Said that she had become his wife. Will get married soon After that both went on honeymoon. When the victim became pregnant, abortion was done. After all, the victim got upset and lodged a case at the Sadar police station in North Delhi. North Delhi Police has registered zero FIR on the complaint of the victim and sent it to Sawai Madhopur SP.

The victim has told in the complaint that she was friends with Rohit Joshi on Facebook. Both started talking. Started meeting. After this Rohit took her to his friend's house in Sawai Madhopur on 8 January 2021. Where Rohit raped her by giving her intoxicants. When the victim was unconscious, Rohit made nude videos of her and took photos.

On 20 April 2021, the accused took the victim to a friend's farmhouse. Where his demand was filled with vermilion. Said- She has become his wife. I am going to have a wedding reception soon. On 26 June 2021, the accused took the victim to Manali. Said- This is our honeymoon. The victim became pregnant on 11 August 2021. When he informed Rohit about this, there was a fight between the two. Both of them had a fierce fight. On August 12, Rohit called the victim to friend Ajay Yadav's office, then assaulted the victim. The accused got the girl aborted. After this, on September 3-4, Rohit also raped her at Hotel Samrat in Delhi. The victim told that the accused raped her again on April 17, 2022.

The rape victim told that Rohit Joshi threatens to be his father's minister. Tells that he has links with crooks and the mafia. He is not afraid of the police. He can also treat her like Bhanwari Devi. No one can harm them. The victim has mentioned all these things in her FIR. The victim told that her life is in danger. Therefore, he lodged a case at Sadar Bazar police station in North Delhi. In Rajasthan, these people do not even allow his complaint to be registered. The North Delhi Police has registered zero FIR on the complaint of the victim and sent it to Sawai Madhopur SP, because the girl was first raped on 8 January 2021 in Sawai Madhopur itself.