Virat Kohli and his 'men in blue' will face New Zealand in the ICC World Test Championship Final (WTC), which begins on June 18th. 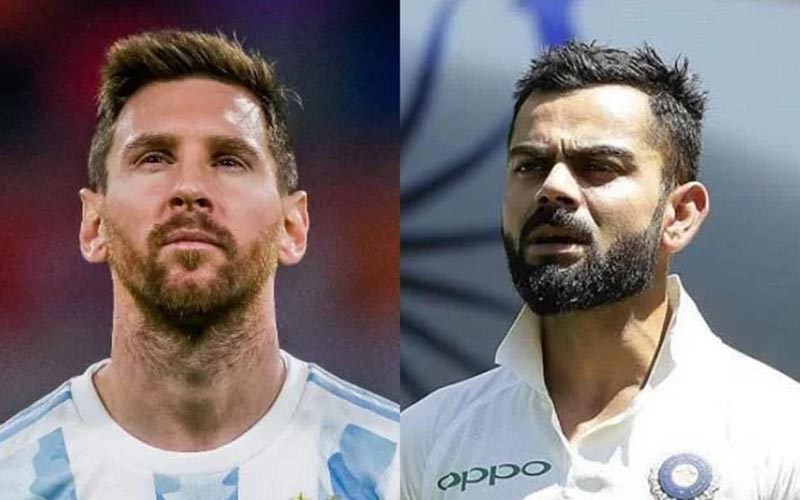 Kohli is still yet to win a major championship as the captain of the Indian side, despite winning the ICC World Cup in 2011 under MS Dhoni's captaincy. The WTC final, according to Raja, is Kohli's best chance to flip the narrative and become a true champion.

Raja while speaking to India TV said, “He’s already among legends but leading India to the WTC trophy will be one more feather in his cap. A podium like this is a great chance for Kohli to enter into the club of ‘all-time greats’. He’s got the ability to do that.”

The former cricketer stated that temperament, instead of consistency, is more important for big situations such as that of major tournaments, and that composure and conquering key moments are what distinguishes a great player from the rest.

He took his comments a little further and remarked, “Some big names like Lionel Messi are still yet to win major silverware with Argentina. It’s all about temperament. Performing in big games like a World Cup final proves a player’s mettle.”

Under Virat Kohli's leadership, India has failed to win a major ICC tournament. He's squandered two wonderful opportunities to establish himself as a great skipper. India lost to Pakistan in the ICC Championship Trophy final in 2017 and to New Zealand in the World Cup semi-final in 2019.

Virat Kohli and his 'men in blue' will face New Zealand in the ICC World Test Championship Final (WTC), which begins on June 18th. Although the Indian side's consistency over the previous four to five years is undeniable, the issue of whether this is the year Kohli finally ends his ICC trophy drought as captain remains to be seen.