Ram Mandir: 'Modi is the PM and also a senior leader… tell why the scam happened?' - Ayodhya sadhus said on land dispute

In the meeting of sadhus held in Ayodhya, there was a discussion on the disturbances in the land transaction of Ram Janmabhoomi Teerth Kshetra Trust, the sadhus demanded an answer from PM Modi. 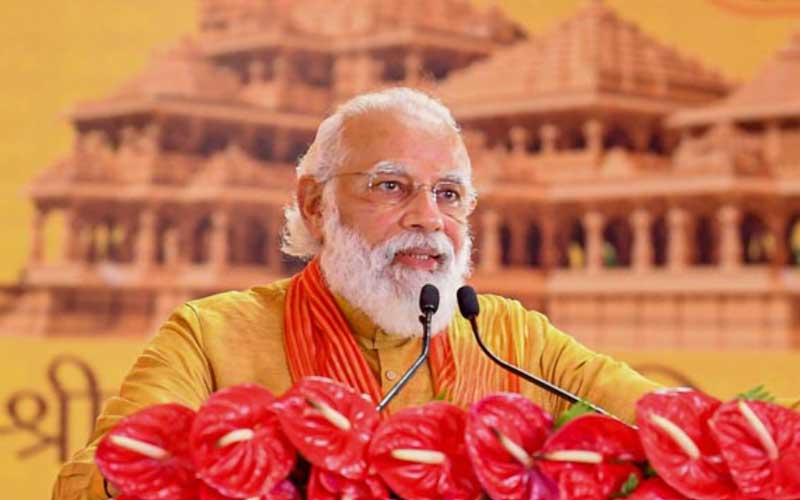 There are only a little more than six months left for the assembly elections in Uttar Pradesh. Meanwhile, the difficulties of the Bharatiya Janata Party are increasing in the state. First, questions were raised about the leadership of the BJP in the upcoming elections and now the party leaders are also surrounded by the disturbances in the purchase and sale of land in Ayodhya.

Meanwhile, along with the opposition, now the sadhus have also started raising questions about the land purchased by the Ram Mandir Trust. It has been told that the sadhus of Ayodhya have directly asked PM Narendra Modi to clarify this matter.

What did the sadhus of Ayodhya say:

It is worth mentioning that PM Narendra Modi is going to hold a virtual meeting with the leaders of Ram Janmabhoomi Teerth Kshetra Trust and officials of Ayodhya district administration today (Saturday). Given this, the sadhus have directly demanded the PM to answer in this matter. Questioning the land deals, Mahant Dharmadas of Nirvani Akhara said, “Some lands which were bought only a few hours or a few weeks ago were sold to the Ram Mandir Trust at exorbitant prices.”

Mahant Dharmadas, who was also a litigant in the Ayodhya Ram Janmabhoomi case, further said, “There were two occasions when the beneficiaries were associated with the BJP. Since Modi is the Prime Minister of the country and one of the senior-most leaders of BJP. So they should tell why such scam happened?"

Controversy over which land deals happened

There is an allegation of buying Nazul land (land given on rent by the government) in February for Rs 20 lakh and selling it to the temple trust in May for Rs 2.5 crore. While the local administration also believes that any transaction on Nazul land is illegal. Apart from this, there is a constant dispute over the sale of land worth Rs 2 crore by Sultan Ansari for Rs 18.5 crore on the same day. Meanwhile, Ansari had revealed that his business partner Ravi Mohan Tiwari is a relative of Ayodhya Mayor.

The opposition parties have been continuously besieging the BJP regarding these two deals. Making this an issue, AAP, Congress, and SP have even accused the BJP of misusing public funds. Now even these land deals are being questioned by the sadhus. Mahant Dharamdas said on this, “We are confident that Modi will remain silent on this as usual and will only discuss the issues around it.”

Demand to dissolve the trust:

He told that the sadhus held a meeting in Ayodhya on Friday and raised the demand to speak to Modi on this issue. Apart from this, an appeal has also been made to dissolve the trust and establish a new trust for the construction of the temple. It has been told that the Mahant of Hanuman Garhi temple was Gyan Das, who called this meeting of the sadhus. He said on this matter that the 150 sadhus who came to the meeting have one side that PM Modi should clear his side on the land dispute and end the trust.