In a video posted on Instagram by Rakhi Sawant, her mother from a hospital while undergoing her treatment for Cancer profusely thanks Salman Khan and Sohail Khan for their financial help towards the treatment 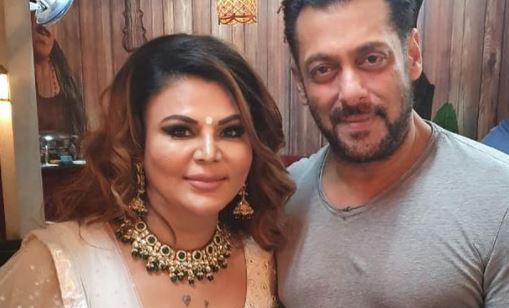 A basic life lesson most of us seem to have forgotten is that a man should help others in the society and should be known for his benevolence. However, Salman Khan and his family seem to have taken this as their life’s main mantra. Salman, as his other siblings including Sohail Khan, have inherited this from their father Salim Khan.

The latest beneficiary of their benevolence this time is the mother of a celebrity in her own right. Rakhi Sawant is an actress and television personality who requires no introduction, at least in India. In a video recently uploaded and making rounds on the cyberspace, Rakhi Sawant's mother Jaya addresses Salman Khan from the hospital, where she's undergoing her chemotherapy.

In a media interview recently, Rakhi Sawant had acknowledged both Salman and Sohail for the help they are extending to her. She was upfront in saying that a major part of the medical expenses was being taken care by them. She even had shared the fact that they were not only footing the bills but were also taking regular feedback from the doctors on the treatment. She heaped praise on them and blessed them for helping her mother out of the situation.

Rakhi Sawant became a household name post her appearance in Bigg Boss season 1. She also featured in the recently concluded Bigg Boss 14 where on the finale she exited the show with a sum of ₹ 14 lakh. After the exit from the show, Rakhi Sawant said she would use the money for her mother's treatment.